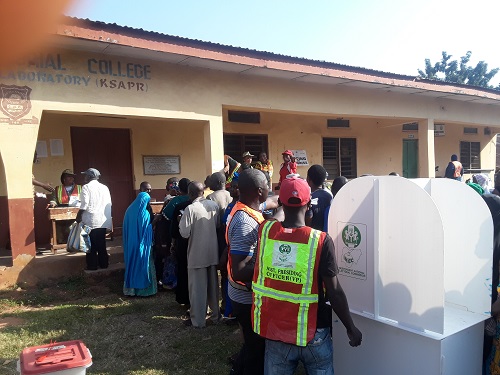 Voters at some polling units in Lokoja

Prof. Evans Asigwuike, one of the Collation Officers in Kogi governorship election has revealed that he was offered a gift of N50, 000 by a political party to alter the result of the election.

Asigwuike of the Dept. Electrical electronics, University of Abuja, who is the Collation Officer for Igalamela/Odolu Local Government Area (LGA) of the state told newsmen in Lokoja on Sunday.

He said he rejected the money and carried out his duty faithfully.

He, however, said he did not know the name of the giver and his political party.