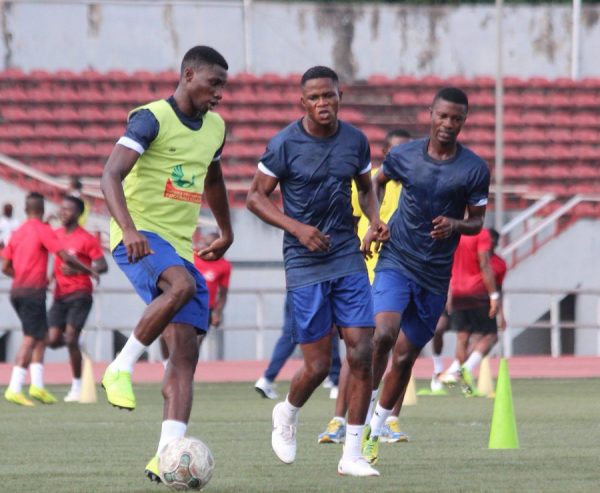 MFM FC players warming up for Rangers on Sunday

Rangers International Football Cub of Enugu on Sunday bowed 1-0 to Mountain of Fire and Miracle (MFM) of Lagos in the Nigeria Professional Football League (NPFL) played in Enugu.

Kenedinum Chuks of MFM scored the only goal of the match in the 45th minute before the break.

Rangers, who missed several scoring chances in the match as the worst of it was the last miss which hit the woodwork.

Speaking after the match, MFM coach, Tony Bulus said that the match worked out perfectly for them.

”It is a good thing, coming back home with a victory as I worked with Rangers in 2016 when they won the league.

”Rangers team is a good club in Nigeria and even in the continent but football is dynamic.

Bulus said that the knowledge he had about Rangers helped him to work out a suitable tactics that will get a favourable outcome for his team.

The coach praised his team for making two wins from two away matches in the ongoing season.