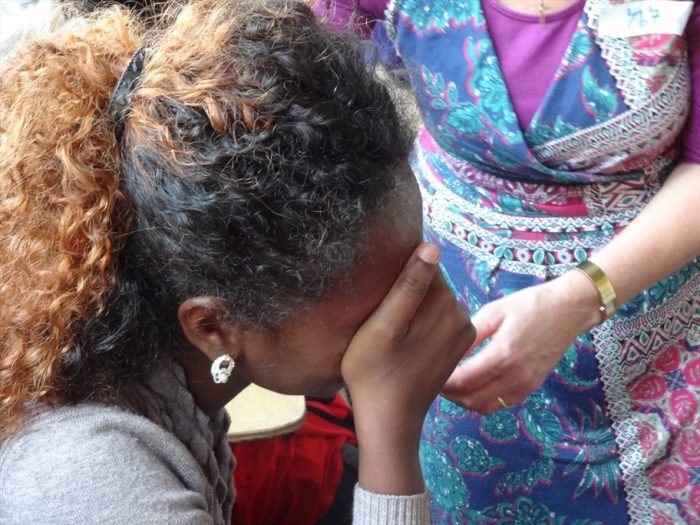 Illustration of a raped female

A twenty-year-old lady identified as Fortune has narrated how her father molested her for years.

Fortune told the police that her father started having sex with her when she was 13 years old and made sex compulsory before payment of school fees.

The report has however led to the arrest of her father, Apostle Williams Okon Bassey who operates as the Presiding Pastor of Mount Zion Light House Full Gospel Church, Obio Imo Lane, Uyo.

The state Police Public Relations Officer, Mr. Odiko MacDon, who confirmed the report said that six others, including another pastor, were arrested for alleged incest and defilement.

He told newsmen that Fortune said she got pregnant thrice and the pregnancies were aborted by her mother.
.
He said: “The victim stated that her father started having sexual intercourse with her at the age of 13.

“She further revealed that the first time her father defiled her was in the church vestry. He threatened to place a curse on her if she dares tell anyone about his escapades. He also demands sex before paying her school fees or catering for her needs.”

The Police Command’s Spokesperson added that “on October 31, one Anwanga Essien Udo of 7, Itiam Street, Uyo, aged 33, a Pastor with Restoration Bible Church, was arrested for having unlawful carnal knowledge of his 10-year-old step-daughter(name withheld).

“When she was left alone with him, rather than be a father to her, he opted to turn her to a sex-machine.”

The police spokesman warned perpetrators of such acts to desist forthwith or be willing to contend with the full wrath of the law.