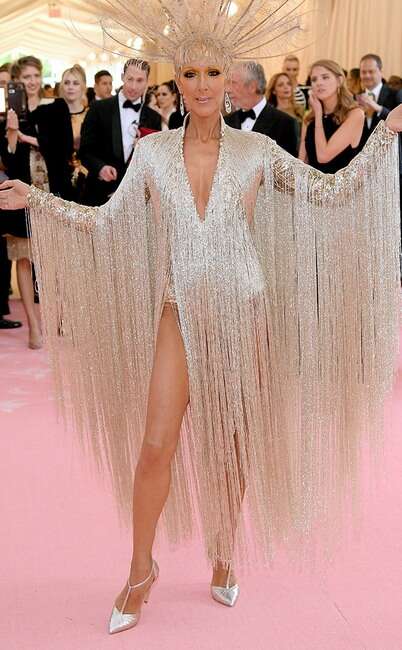 During her appearance on Monday’s episode of “Watch What Happens Live With Andy Cohen,” the legendary singer took part in a game called, It’s All Coming Back to Celine!, in which Cohen asked her a series of questions about her storied career. At the end of the game, she revealed that she wasn’t initially sold on the 1997 global smash, “My Heart Will Go On.”

“Has there been a song in your career that you desperately wanted to record, but it went to someone else?” Cohen asked.

“No, because I would’ve done it anyway. Yeah, different versions,” she said to laughter from the studio audience. “But, you know what? There’s one song that I didn’t want to record.”

“Which was what?” Cohen pressed.

“And I’m glad that they didn’t listen to me. ‘My Heart Will Go On.’ It is true,” Dion revealed. “I don’t know. It didn’t appeal to me. It didn’t appeal to me. I was probably very tired that day. Very tired. My husband said, ‘Let’s hold on.’ He talked to the writer and he says, ‘Let’s try to make, like, a little demo.’ And I sang the song once, and they built the orchestra around it.” AOL reports.

“I never re-sang it for the recording, so actually the demo is the actual recording,” she added. “But, after that, I’ve sung it about three gazillion times.”

“My Heart Will Go On,” of course, would go on to become one of the best-selling singles in history, with sales hitting an estimated 18 million copies worldwide. It is the second best-selling single by a female artist ever (and eighth overall), and won the Academy Award for Best Original Song, the Golden Globe for Best Original Song and four Grammy Awards.

Celine Dion recently released her new album, “Courage,” and will be touring through 2020.