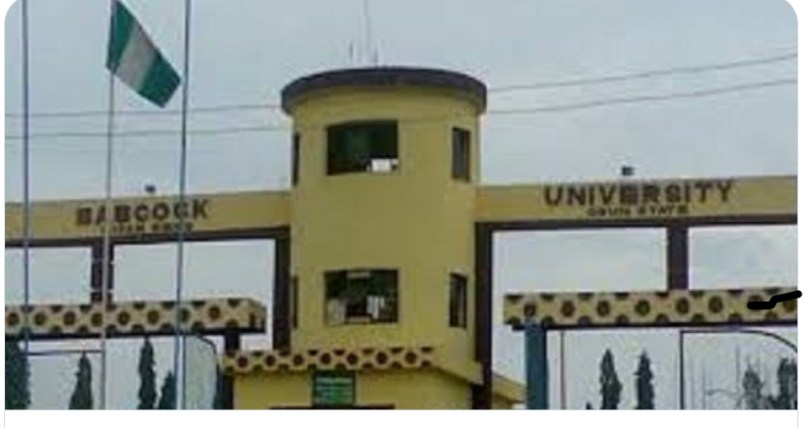 Babcock University, Ilishan, Ogun State has confirmed the expulsion of a 300-level student involved in a video recording of sexual activity posted on the Internet.

The school authority explained that her partner had been expelled in February for various misconduct.

In a statement signed by its Director of Communication and Marketing, Joshua Suleiman, revealed that the video which broke the internet early Wednesday morning was shot some seven months ago (April 2019) when the boy in the video, expelled two months before the video, was undergoing rehabilitation.

“The boy in the video was expelled from Babcock University in February this year after investigation and the due process proved that he was into certain grievous misconducts, the acts for which the university has zero-tolerance.

“His girlfriend in the same video, until the video broke out, was a third-year student of accounting of this university. After due process, she was expelled from the university for violation of our rules and regulations.

“The place where the immoral act took place, according to her written statement, was at St Bridget Hospital, Abeokuta, Ogun State, where the boy has been undergoing rehabilitation for different destructive addictions.

According to the girl, the incident took place in April this year during school vacation when she visited the boy at the hospital. The act did not take place at Babcock University.” 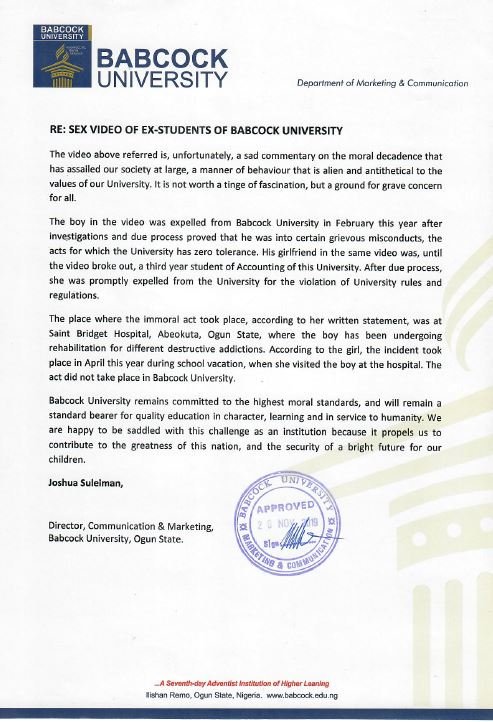