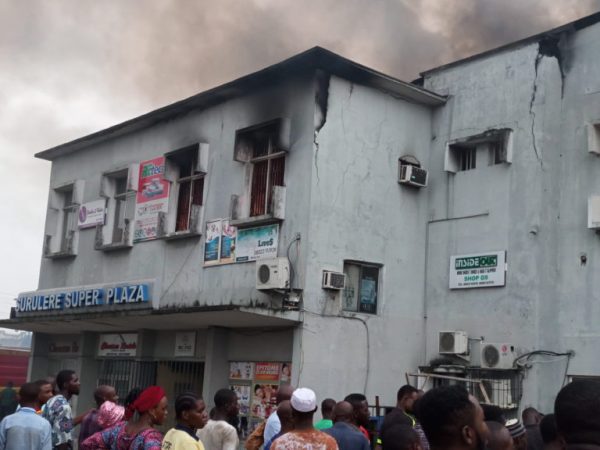 The Super Plaza on Akerele Street in Surulere area of Lagos was gutted by fire on Wednesday, with valuable merchandise destroyed.

Director General of Lagos Emergency Management Agency (LASEMA), Dr Oke-Osanyintolu, said that
preliminary investigation conducted on site indicated that the fire resulted from an electrical surge in one of the shops before escalating to other parts of the plaza.

“No loss of life nor injury has been sustained so far at the scene of the fire where properties worth a fortune have been lost to the inferno,” Oke-Osanyintolu said.

A witness, Mr Abayomi Ayelomi, commended the effort of the Lagos State Fire Service and other emergency services who joined in putting out the fire.

Many of the shop owners were seen packing out their goods on Wednesday night.