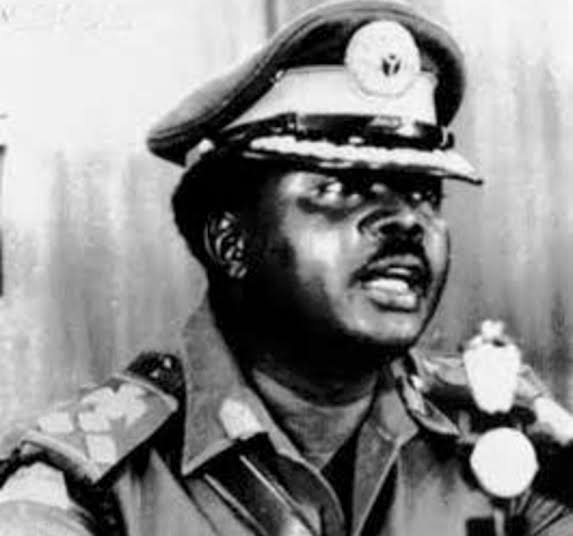 Former Heads of state, Generals Aguiyi Ironsi, Murtala Muhammed and Military Governor of Old Northern State, Hassan Katsina, were, despite their Spartan persona, heavy alcohol consumers. This was revealed by General Alani Akinrinade in an interview with TheNEWS recently in his Yakoyo country home in Ife North Local Government Area of Osun State.

He said this in passing when he responded to a question on how the Army has been destroyed just like other major institutions in Nigeria. Akinrinade lamented the loss of unity and camaraderie in the Nigerian Army where ethnicity and religious bigotry had no place.

In his words: All the time, when I was in the armed forces, I felt like I was in a family setting. Ethnicity, religion, etc., etc., merely crept on us. The most atrocious thing that I noticed suddenly was an Army officer talking about religion, about going to pray, about don’t drink beer, don’t drink alcohol. It was a shocker to most of us. The best seat in the Bobby Benson’s Caban Bamboo in Lagos belonged to Murtala Mohammed. He was one of the best friends that Bobby Benson ever had. Even on Saturday, if he was not around, say he travelled out of Lagos, we would go to the Murtala Muhammed special table, drink as much as we wanted. The bill for five of us that night went to Murtala Mohammed’s account. I don’t know whether the Army can get better drinkers than Murtala Mohammed, and that is across the board.

He added: “The moment people started saying as Muslims they were not supposed to drink, that diminished the camaraderie in the Army. Now, I want to drink, and I’m not too sure whether you’ll like it. That cannot strengthen espirit de corps.  Before, it wasn’t like that, people bought drinks for everybody. I didn’t know if anybody drank whiskey more than Hasan Katsina. He was my Chief of Staff, I was his Staff Officer. Between Ironsi and Hasan Katsina, I don’t know the person who could drink the whiskey better. That’s how we related. That’s what we knew.”

On religion,  Akinrinade lamented further: “We didn’t know that anybody would listen to a Pentecostal Officer. But I can tell you by the time I was leaving the Army, I was in the 1st Division, this thing had started rearing its ugly head: my officers were joining the Pentecostals, going to the hills to go and pray. It was anathema in the Army. Religion didn’t play a part. Ethnicity didn’t play a part. But by the time I was GOC, I had to retire a friend of mine for being absent at a crucial time. He was commanding a unit of his own, he was reporting to Army Headquarters, but I was in charge of his area, and things happened and he disappeared, I couldn’t find him and then he showed up two days later and told me he went to the hills for prayers. Pray for what? I just dismissed him. He was my friend, but that was the Army that we knew.”

Then the ogre of ethnicity crept in. Akinrinade further lamented: “As Chief of Army Staff under President Shehu Shagari, I discovered that some people suddenly realized that they could use influence outside the Army to get whatever they wanted. We were not used to that. That was anathema to the Army. I tried to tell my Commander-in-Chief that this was a dangerous road: don’t allow anyone to do it. I said, See what you’re trying to do, you’re trying to post a northerner to my Headquarters, I already have one. My deputy is a northerner, but I don’t see him as a northerner. Not only that, he was my senior, but we know how we manage things, don’t rock the boat at all. This Officer refused to go to Kaduna because you have assured him that he will stay in Lagos. I had to insist that the officer should go to Kaduna. I told the officer that if he didn’t go to Kaduna, I would retire him. That kind of abnormality is now the norm.”

General Akinrinade, in the same marathon interview, spoke on his childhood, early education, days in the 3rd Marrine Commando, Civil War, how he escaped death by the whiskers, Emeka Ojukwu, Olusegun Obasanjo, “June 12” struggles, life in exile, appraisal of the Muhammadu Buhari government and other national issues. Read the full interview here.