Why Brenda Song was denied auditions for ''Crazy Rich Asians' 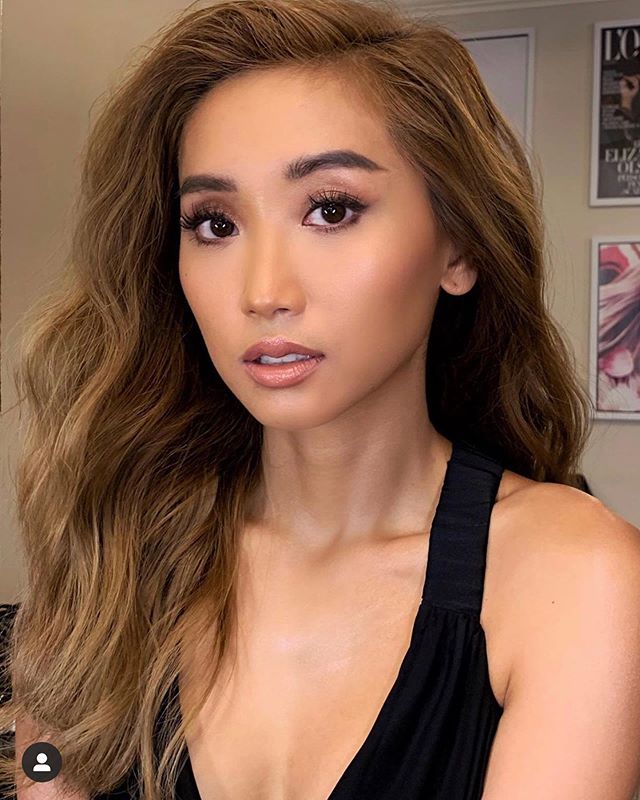 Brenda Song says she couldn’t get an audition to be in the hit 2018 comedy Crazy Rich Asians, as filmmakers told her her’image was basically not Asian enough.’

The 31-year-old Dollface actress opened up to Teen Vogue Wednesday about the slight, which she said broke her heart.

‘A lot of people don’t know this, but I never got to read for Crazy Rich Asians, ever,’ she told the publication.

‘Their reasoning behind that, what they said was that my image was basically not Asian enough, in not so many words,’ Song revealed. ‘I said, “This character is in her late to mid-20s, an Asian American, and I can’t even audition for it? I’ve auditioned for Caucasian roles my entire career, but this specific role, you’re not going to let me do it?

‘You’re going to fault me for having worked my whole life? I was like, ”Where do I fit?”’

Song said she gave herself a pep talk about not worrying about factors out of her control.

‘I got myself together and said, “Brenda, there is only one you, and you can’t change who you are,’ she said. ‘You can’t change your past.’ Dailymail reports.

The actress, who’s been seen on shows such as Superstore and The Suite Life on Deck, told the outlet she’s ‘so grateful for every job that [she’s] done’ and can only remain positive amid the professional setback.

‘All I can do is continue to put good auditions out there, do the best that I can – that’s all I can ask for,’ she said.

Song said she ‘was just happy’ to be ‘part of that conversation’ when fans online bandied her name about for a role, amid newscasting was underway for the romantic comedy.

‘It’s way past the time that this should have been happening,’ she said of the hit ensemble film, that featured an ensemble cast of Constance Wu, Henry Golding, Gemma Chan, Awkwafina, Ken Jeong, Harry Shum Jr., and Michelle Yeoh.

The film’s director Jon M. Chu took to Twitter with a confused emoji in response to a link to an Entertainment Weekly story stating she wasn’t allowed to audition for Crazy Rich Asians because she was ‘not Asian enough.’

He wrote: ‘Would these words ever come out of my mouth? Nope makes no sense. I feel horrible she thinks this is the reason.’

Chu, 40, said he’s fond of the actress and wouldn’t have had her audition, as he was familiar with her skillset: ‘The fact is I love Brenda Song and am a fan. I didn’t need her to audition because I already knew who she was!’

She referenced her character as a child star on the Disney Channel’s The Suite Life of Zack and Cody, adding, ‘I was like, even though London Tipton lived over 15 years ago, we’re fine with it.’

The motion picture was a smash upon it’s August 2018 release, making $238 million internationally, with a plan advancing on a sequel.

Song has since gone on to snare roles on Netflix’s Secret Obsession and the Hulu comedy Dollface.

Song has been dating actor Macaulay Culkin for three years. She was engaged to Miley Cyrus’s brother Trace Cyrus, but the duo parted ways in 2012.