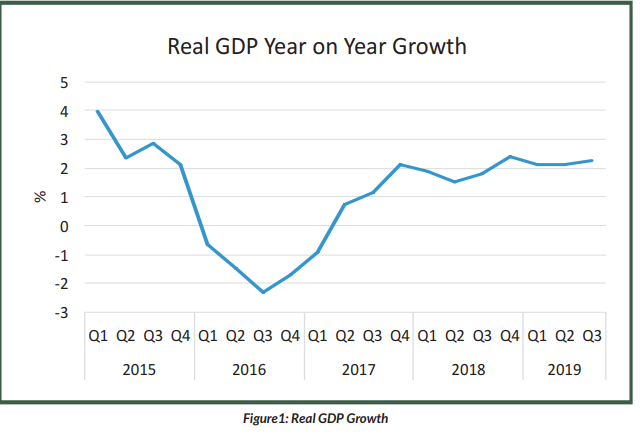 Nigeria’s Gross Domestic Product (GDP) grew by 2.28%(year-on-year), in real terms, in the third quarter of 2019, says the National Bureau of Statistics, NBS.

On a quarter on quarter basis, however, the NBS said real GDP grew by 9.23%.

It added that the growth rate in third quarter of 2019 represented the second highest quarterly rate recorded since 2016.