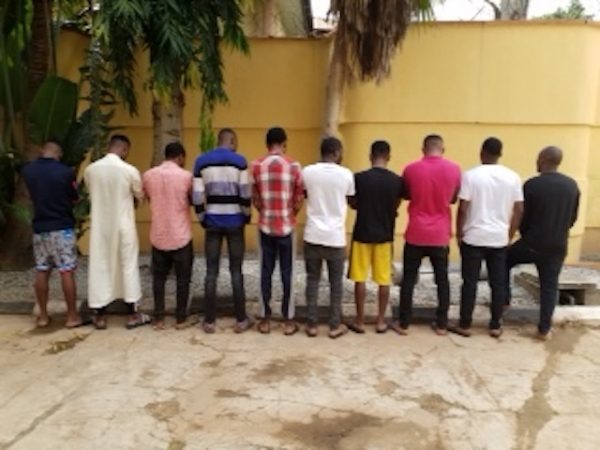 They were arrested on Friday 22 November.

The remaining two, arrested in Ekorinim Phase ll are siblings. They are: Promise Ben-Nkanga, 28 and unemployed from Mkpat Enin, Akwa Ibom State and Stephen Ben-Nkanga, his brother, 22, and an accounting student of the University of Calabar, Cross River State.