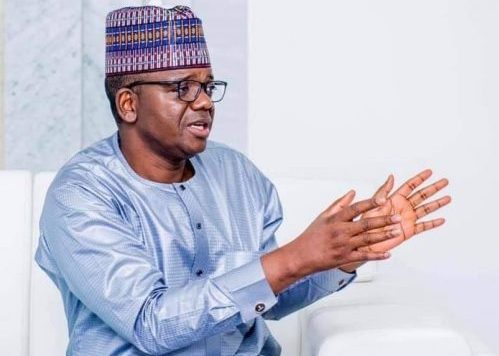 Gov. Bello Matawalle: the Jangebe schoolgirls still with their captors

The Executive Governor of Zamfara State, Bello Matawalle has said he canceled his planned official trip to Germany due to the killings of 14 persons by bandits in Karaye village of Gummi local government area of the state on Sunday.

Police disclosed that a total of 14 persons were killed, 10 others sustained gunshot injuries while some houses were set ablaze, in a reprisal attack on Fardoki village in the same Gummi local government where 11 persons were allegedly killed.

According to a statement signed by Yusuf Idris, the Director-General, Press Affairs to the governor and made available to newsmen in Gusau on Friday, the postponement of the trip earlier scheduled for the Wednesday, Nov. 20 was necessary due to the security situation in the state.

Governor Matawalle was billed to go to Germany to share his idea on how he was able to resolve armed banditry in Zamfara with the rest of the world.

News Agency of Nigeria said the governor’s trip also followed an invitation extended to him by the German Chancellor when the former was in Germany last September as part of President Buhari’s delegation to the country.

Idris said int the statement that the postponement of the visit would allow the governor to fully address the security situation in the state.

He maintained that having attained peaceful coexistence in the state through the peace and reconciliation initiative in the state, the government would continue to do its best in order to sustain the tempo.

The governor’s spokesman said that Matawalle had vowed to ensure that all those involved in the attack were apprehended and brought to book.

He also reiterated the governor’s threat to the immediate past governor of the state Alhaji Abdulaziz Yari that should there be any further breach of the peace trailing the former governor’s visit to the state, he would lead security personnel to arrest him.