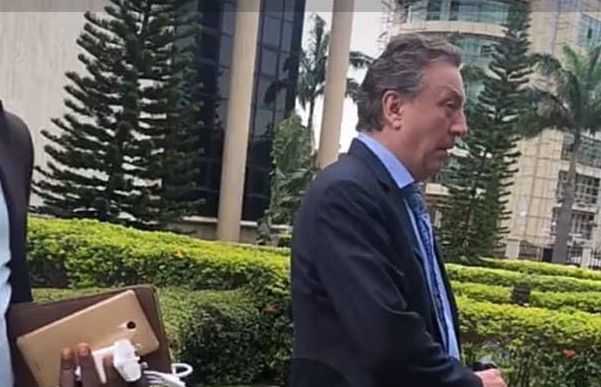 The offenses are contrary to Section 18(a) of the Money Laundering (Prohibition) Act, 2011 (as amended) and punishable under Section 16(2) (b) of the same Act.

The defendant was arraigned alongside two companies where he is director, Giodel Resources Limited and Icil Limited; both firms were used for money laundering.

Nolan is linked to the controversial Process and Industrial Development gas processing contract. Indeed, he is said to be a director and signatory to the account of the company. .
.
The EFCC had on October 21 docked Nolan and Adam Quin (who is still at large) on 16-count of money laundering to which the first defendant pleaded not guilty.

When the charges were read, the defendants pleaded, not guilty.

In view of the defendants’ plea, trial commenced with the prosecution calling its first witness, A. Adewale, an account officer with Guaranty Bank. He confirmed to court that he was the account officer of P&ID Limited. He recalled identifying the promoters of P&ID LTD as Jadesola Awoyinfa and Adamu Usman as deduced from prticulars of directors and account opening statement. “The account was initiated on the 10th August, 2006.”