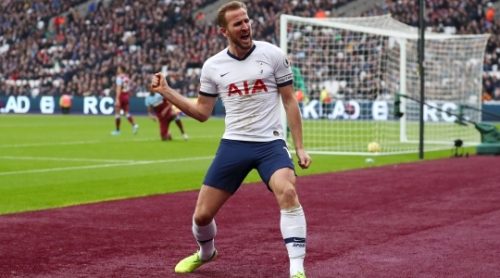 Coach Jose Mourinho began his account at Tottenham with a 3-2 victory away at West Ham on Saturday.

Heung-Min Son opened scoring for Tottenham with a wonderful piece of finishing on 36 minutes. He made a yard for himself after a well-taken pass inside the box and netted low into the middle of the goal.

Before the break, Tottenham were two goals up on 43 minutes. Heung-Min Son was the provider as he slipped the ball to Lucas who simply steered it home from close range.

Harry Kane made it 3-0 for the visitors on 49th minute, scoring from quite a difficult position as he leapt high to connect with a cross and powered his header inside the left post for an excellent finish.

West Ham scored on 73 minutes to reduce the tally. Michail Antonio collected a pass and without hesitation fired an unstoppable shot into the bottom left corner.

On 6 minutes added time, West Ham scored to make it 3-2. Robert Snodgrass produced a cross from the resulting corner and found Angelo Ogbonna inside the box.

He pulled the trigger and scored, sending the ball into the bottom left corner for a brilliant finish.

Tottenham held on to give Mourinho a win in his first match at the club.