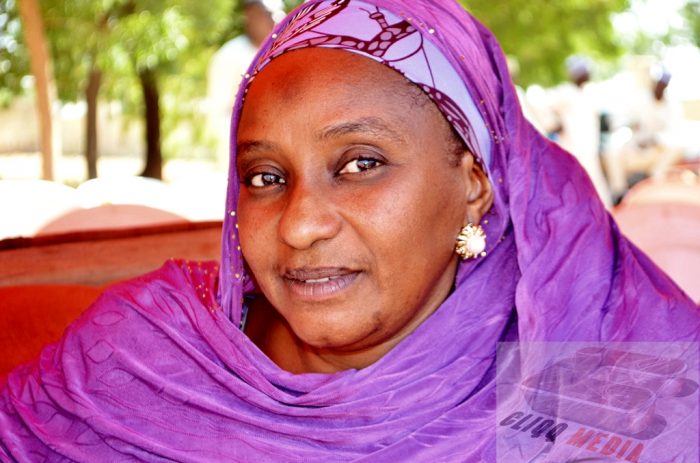 The Wife of Katsina State Governor, Hajiya Zakiyya Masari, has inaugurated a one day free medical outreach in Daura Local Government Area of the state to boost public health in the area.

Masari, who declared the open the programme in Daura on Saturday, disclosed that about 2,000 school children would be administered with de-worming drugs.

She said the medical outreach would also cover screening of people against common ailments which include Diabetis, Hypertension and Eye defects like glaucoma, cattarath and other eye problems.

She said the programme was organised under her pet project tagged, ” Women, Youth And Children Improvement Support” , adding that the NGO had made significant impact in various aspects of human life since inception in the last four years.

She also said that the medical outreach would cover the 12 electoral wards in the local government areas, after which it would be expanded to reach other areas for wider and effective coverage.

Masari called on the beneficiaries to make judicious use of the opportunity by availing themselves of the free medical services for improved health and happiness among families and groups.

“We would provide medical glasses for those suffering from short and long sight problems,”Masari said.

She said a formidable team of medical experts, comprising Doctors Nurses, Medical laboratory scientists and Pharmacists had been engaged for the programme.

Earlier,the Acting Chairman of the council, Malam Bishir Shargalle, lauded the efforts of the governor’s wife for initiating the programme, adding that thousands of people would benefit from it.

He described the medical outreach as timely and highly desirable, especially considering the limitless number of patients who patronised hospitals and other health facilities for medical attention.

According to the News Agency of Nigeria (NAN), the event was attended by the Commissioner for Women Affairs, Rabiya Mamman and Dr Nafisa Sani who represented the state Primary Healthcare Agency.

The governor’s wife is expected to inaugurate a week long vaccination against Measels and Meaningitis in Daura next Friday.