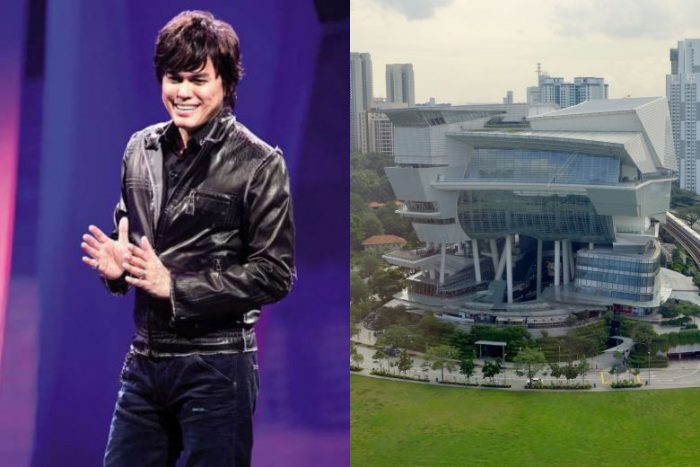 The New Creation Church, Singapore has bought The Star Vista Mall for almost $300 million “to protect the interest of the church.

The church announced the purchase of the mall on Wednesday, 20 November, 2019.

While the church previously owned only The Star Performing Arts Centre (PAC) – a space for the church’s services that doubles as a concert venue – it now owns the entire building, Straits Times reports.

The purchase, costing the church $296 million, was secured from CapitaLand after the church got wind that CapitaLand was in talks with other buyers for a potential sale of the mall.

“While we had expressed our hope that CapitaLand would remain as the owner and operator of the retail space, we understood that CapitaLand had also initiated a sale process for The Star Vista,” the church said on Wednesday.

Its council chairman, Deacon Yong Chee Ram, said the church did not want the unpredictability of the space going to another buyer, since the PAC also serves as a place of worship for New Creation on service days.

“Given that The Star Vista and The Star PAC are inextricably linked, our immediate objective… is both to protect the interest of the church and to preserve the good experience for all who come to The Star PAC,” he said.

New Creation added that in accordance with zoning guidelines, The Star Vista’s commercial space will be maintained, and that the church was exploring possibilities for CapitaLand to continue operating and managing the mall on its behalf.

Beginning in a flat in Holland Drive in 1983, the independent church today also has other service venues that include the Marina Bay Sands Ballrooms, Cathay Cineplex Causeway Point and GV Grand (Great World City).

In a separate statement, CapitaLand said the handover is expected to be completed by the end of the year, generating for the company net proceeds of about $145 million.

In the past year, CapitaLand has divested close to $5.7 billion worth of assets, exceeding its annual target divestment of $3 billion.

New Creation Church, through its business arm Rock Productions, spent $500 million to build The Star PAC in 2007 in order to accommodate its then fast-expanding congregation.