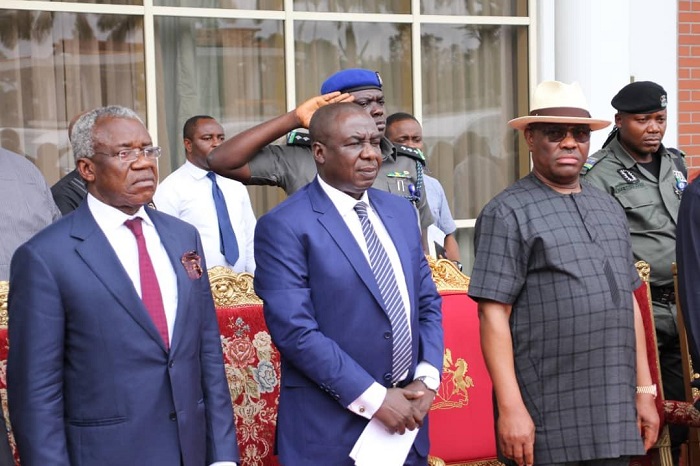 Rivers State Governor, Nyesom Ezenwo Wike has announced that the State Government will soon commence the operation of Treasury Single Account to boost its revenue base.

He spoke on Thursday during the Flag Off of Informal Sector Tax Drive with vehicles donated by Access Bank Limited at the Government House Port Harcourt.

“The Treasury Single Account will be implemented to checkmate what is presently going on. It is not good to have several accounts which lead to unnecessary Leakages.

“Our revenue base fluctuates. The Board has been directed to expedite action for the state to hit N10BILLION internally generated revenue every month.”

Governor Wike explained that the Treasury Single Account will be diligently implemented in the interest of Rivers State. He said that his allegiance is to Rivers people who voted him because he was not sponsored by any group.

He urged the informal sector to support the Rivers State Government by paying their taxes as prescribed by the Rivers Internal Revenue Service (RIRS).

“The drive for informal sector tax is key. I believe it will boost our revenue base and we need it”, he said.

He thanked Access Bank Limited for supporting the Revenue Drive of the state with the donation of 10 buses.

Norte lauded Access Bank Plc for supporting the informal tax drive of the Rivers State Internal Revenue Service with the donation of 10 buses. He said the buses will be used across the state.

He added that the Service is also in dire need of branded kiosks for point of sales transactions.

He suggested the operation of the Treasury Single Account is to optimize revenue generation in the state.

Mr David Tinad, the representative of the Managing Director of Access Bank Plc, thanked the Rivers State Government for the opportunity to partner on revenue generation.