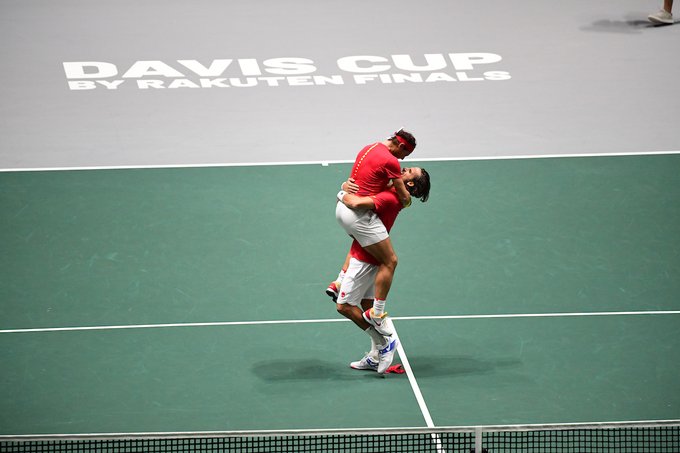 Spain defeated England Saturday night to join Canada in the final of the 2019 Davis Cup Final in Madrid on Sunday.

World Number One Rafael Nadal teamed up with Feliciano Lopez to win the decisive doubles, after the scoreline was 1-1 with Kyle Edmund beating Lopez and Nadal beating Daniel Evans in the singles.

Lopez and Nadal then went on to win a tight doubles match that had Jamie Murray and Neal Skupski for England. Both two sets were decided in tie-break.

The Canadian team who earlier beat Russia, qualified for the finals for the first time and are looking forward to take the cup home.

But Nadal and co have a different idea.

Said Lopez about the ambition of the Spanish team after their semi-final match: “It was a lot of drama but this is what you expect when you play these kind of matches. I think we have a great opportunity to hold this trophy tomorrow the Davis Cup here at home.”

Rafa Nadal was more muted about the expectation of the team on Sunday:“This competition is dramatic and with this new format even more. We are super, super happy, (it) has been an amazing and unforgettable evening for all of us”.