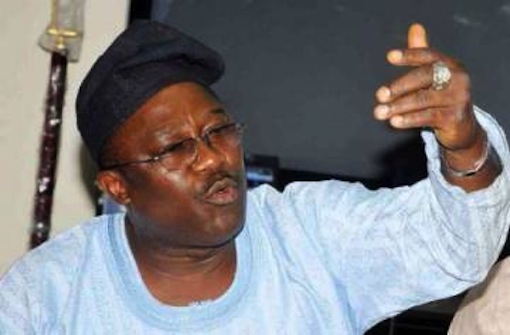 Senator Smart Adeyemi, candidate of the All Progressives Congress, APC in Kogi West Senatorial District rerun election has called on his supporters to ignore alleged plans by the opposition PDP to boycott the supplementary election slated for November 30.

Adeyemi likewise urged his party members to come out in their numbers and cast their votes against Sen. Dino Melaye, the opposition candidate.

Adeyemi spoke on Sunday in Lokoja in reaction to a statement by the National Publicity Secretary of the PDP, Kola Ologbondiyan in which the party rejected the supplementary poll, indicating it might not participate in it.

Adeyemi said, “For us in the APC, we will continue with our master plan of getting 90% of the 30,000 PVC holders in the affected units because we will not allow ourselves to be deceived by the PDP.

“I therefore urge my party members not to allow the PDP statement becloud our sense of reasoning. We cannot trust them with any of their statement.

“The deceitful nature of the opposition party and the questionable character of the candidate involved in the race, who is a pathological liar makes them untrustworthy.

“We should take their statement with a pinch of salt. The battle to capture Kogi West in a violent -free exercise is a battle of no retreat no surrender. A snake disturbing a whole community cannot just be presumed dead until the head is cut off. We should not rest until our purpose is accomplished.

“PDP statement is deceitful and is to make us relax and go to sleep. Nobody will go to sleep until we finally send home “the troubler of Israel.”

Adeyemi’s is leading with over 20,000 votes while about 30,000 votes are outstanding, going by the number of PVC collected.