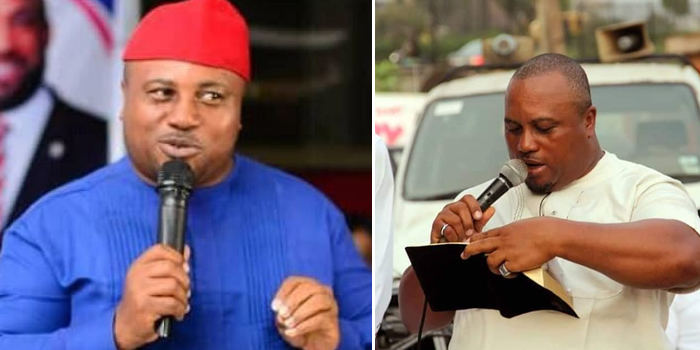 Over the years, the Nigerian entertainment industry has lost many talented entertainers to the cold hands of death leaving sour pills in the mouth of their fans as well as friends and colleagues.

So, we have put together a list of notable people which include actors, musicians, comedians and fashion icons that we had to say goodbye to this year.

The Nollywood actor was the first to die in 2019. Akintunde died on Thursday, January 3, after visiting the hospital to complain of malaria.

“You called yesterday to confirm if I would still be holding my New Year party today and I was called this afternoon that you are no more, Burger. Heard you went to the hospital to complain about malaria this afternoon and few hours later, you are in the mortuary; this is so sad,” popular filmmaker,  Kunle Afod, who announced his death wrote on his Instagram page.

Akintunde was popular for his role in the movie, ‘July 7’.

The actor and movie producer popularly known as ‘I show Larry’ Olanrewaju died on Monday, January 21. The 38-year-old actor died after a brief illness.

Ishow Larry who started off as a make-up artist in the industry later became an actor, before going on to produce his own movies including Ole, Agbara, and others.

The seasoned Yoruba actress was famously known as Mama Ijewuru and loved for her deaf-like display in movies. She was also the fourth wife of the late veteran Yoruba actor, Ishola Ogunsola, a.k.a. I Show Pepper. Her husband was one of the founding members of the Association of National Theater Arts Practitioners.

Funmilayo ‘Ijewuru’ Ogunsola, died of a suspected heart attack on Monday, February 4, at her Ibadan residence. She was 58.

The pioneer of professional modeling in Nigeria died in the United States on Wednesday 20th of February from an unknown ailment.

The 64-year-old was the first Nigerian supermodel. She left Nigeria in 1997 and returned in 2016.

Fawaz who became a model in the late 70s established a modeling school and also contributed to the fashion industry in Nigeria. She was born in Nigeria to a Lebanese father and a Nigerian mother, with over 30 years of successful career as a fashion and photographic model, beauty promoter/consultant, fashion designer, trade show organizer, chef and a restaurateur.

The popular ‘Face2fFace’ sitcom producer died of cancer in London hospital on the 4th of March at the age of 59.

Akindeju ran a media and production company, AK Media, which produced popular programmes that include Face2fFace, Family Ties, Nowhere to be Found, Liberty Villa and Oyinmomo, on DSTV.

He was survived by wife and children.

The popular Yoruba actress widely known as ‘Bisket’ gave up the ghost on Saturday, March 30, 2019, 10 days after welcoming her new baby.

The late actress and producer was the CEO of Bisket Movie Concept and a member of the Lagos Island branch of the Theatre Arts and Movie Practitioners Association of Nigeria, TAMPAN. She was 39.

Popoola, famously known as ‘Ilu Venture’ reportedly died on Thursday, February 27, at his residence in Abeokuta, Ogun State after a brief illness.

The 51-year-old actor’s death was confirmed by the Abeokuta chapter of Theatre Arts and Movie Practitioners Association of Nigeria, TAMPAN. Until his death, Popoola had featured in several Nollywood movies including ‘Aiye Foreign,’ and ‘Ropo Ijogbon.’

Anyasodor was an indigene of Emii town in Imo State and a member of Imo State chapter of the Actors Guild of Nigeria.

The producer, who was known for producing soap operas like ‘Behind the Clouds’ and ‘Supple Blues’, was confirmed dead from an unknown ailment on March 12. He was 52.

Emema, a scriptwriter, director, and producer, came to limelight after the production of the hit soap opera, ‘Behind the Clouds,’ for the Nigerian Television Authority. He later went ahead to produce ‘Supple Blues,’ which was well received by the television audience. Emema’s biggest movie production was the biopic on Reverend Father Tansi, which featured Jude Orhorha and Francis Onwochei.

The ‘Do Good’ actor died of a car crash on his way to Lagos from his mom’s burial on April 2. He was 45.

Duke Oliver is widely referred to as LinChung and Sylvanus for his role in Basorge Tariah Jnr produced series, ‘Do Good’ and once worked at Star FM on a radio programme alongside a few other comedians.

The 51-year-old movie director died on duty while filming in Jos, the capital of Plateau on April 19. He was an AMAA nominee and will be remembered for some of his works that include ‘New Jerusalem,’ ‘My Mother’s Heart,’ ‘5 Apostles,’ ‘Darkest Knight,’ and ‘One Good Turn.’

The cause of death was not disclosed but reports said he died of a suspected heart attack.

Prince Dammy Eke slumped and died on April 28 in Port Harcourt. He was 41. Eke was known for his prominent roles in movies that promote cultural values from the eastern part of the country. He was 41.

He began acting in Primary 5 and two of his children, Kazeem Iyanda Olabankewin and Jamiu Olabankewin, are also theatre arts practitioners. He was 70.

The veteran actor entered the limelight with the famous name Oyenusi in a film of the same title. He died at 78, on May 11 after a health challenge.

He produced a number of movies that blazed the trail and fired the imagination of those who would later become the top producers in today’s Nollywood. He was described as a worthy pioneer of today’s flourishing Nollywood industry.

Prior to his death, the filmmaker held the record of the only African to have shot 13 films on celluloid. His filmography includes films like The Rise and Fall of Oyenusi, The Boy is Good and Mr President among others.

The retired actor joined the list of Nollywood stars who died in 2019 following injuries sustained during an accident that occurred on May 11. He was 36.

Adio Majester passed away on Tuesday, May 7 in the intensive care of an undisclosed hospital. He died at age 50. He featured in numerous movies and a number of stage plays in his career as an actor.

In 2004, the rapper became popular as a member of the Hip-Hop supergroup, Da Thoroughbreds with the 5-track EP, ‘Streethop’ alongside IllBliss, Obiwon, MGB, Chief Rocka and Elajoe.

Born in the late 70’s in Sapele, Delta State, Andrew Bright Erighono grew up in Jos, Nigeria. In 2009, he told Guardian Life Magazine that he had been into Hip-Hop dating back to 1984. Andrew was due to run the Naira P Show on Metro 97.7 FM every Saturday at 9 pm before his death.

The young Nigerian rapper identified as Ziggy was said to have died on Sunday, June 16, after he fell off a 4-storey building in his Paradise estate residence in Lekki area of Lagos State. He was immediately rushed to the hospital where he died.

Note: There may still be more on the list