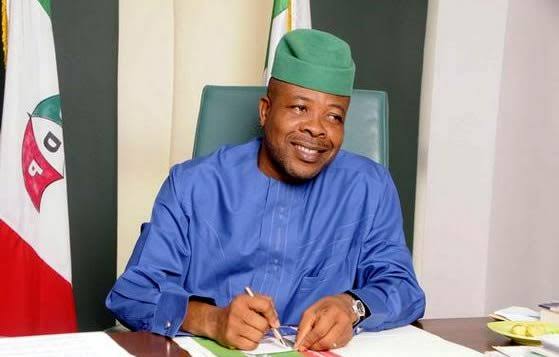 Imo State Government says it has awarded over N40 billion contracts for the rehabilitation and reconstruction of dilapidated roads in the state.

The state Gov. Emeka Ihedioha made the disclosure at a media parley in Owerri on Monday.

He said that 25 road contracts had been procured, with the first 19 already finished, while 15 per cent of the mobilisation fee had been paid to the contractors in a procurement he said went through the state Ministry of Works and the Bureau for Public Procurement.

Ihedioha said that he had instructed that signboards for the projects, with names of the contractors and other information, be mounted for public consumption.

He said that a Commission of Inquiry on Contract Review and Forceful Acquisition of Land by the immediate past administration in the state was instituted in response to petitions by aggrieved individuals.

“I picked professionals without a single politician as members of the commission, and I asked them to do the needful without fear or favour.

“I did not set up the committee to witch-hunt anybody,” he said.

The governor, who justified the introduction of a Single Treasury Account in the state, said that while the state internally-generated revenue had increased to N877 million, the state’s monthly salary wage bill stood at N2.7 billion.

He added that about N1.1 billion was being deducted monthly from the federation account consequent upon the bail-out fund.

Ihedioha said that N280 million was being saved monthly from pension reform while monthly pension gulped about N6.8 million.

According to him, 10 youths from each of the 27 LGAs of the state are being trained on modern agricultural techniques as part of the government’s youth empowerment package.

The governor said the state was set to bid for the hosting of the National Sports Festival, with over N200 million injected in the renovation of the Dan Anyiam Stadium, Owerri.

He also said that ultra-modern sporting equipment were being installed to bring the sporting arena to international standards.

“Without a strong economy, you cannot advance the growth of Imo, and institutional building is about resources,” he said.

Ihedioha frowned at negative use of the social media and advised journalists to be more serious with news reporting and emphasise investigative journalism.

He said that his government would present what he termed “realistic budget” to the state House of Assembly by the end of the week, adding that he was determined to transform Imo.