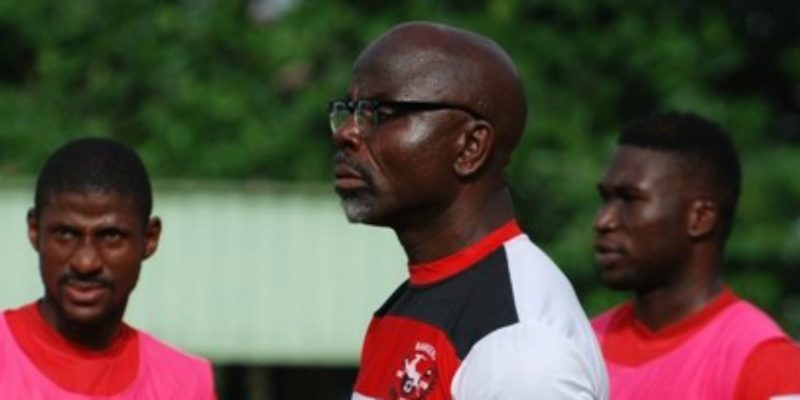 The Enugu State Commissioner for Youths and Sports, Vitus Okechi, made the announcement after Rangers lost 2-0 to minnows Akwa Starlets (Dakkada) FC of Akwa Ibom at home.

Ugwu was appointed in July as caretaker coach after the expiration of the contract of Gbenga Ogunbote. The latter served the club between 2017-2019.

Ex-international, Sylvanus Okpala, has been asked to immediately take over the coaching crew from former Coach Benedict Ugwu also known as `Surugede’.

Okpala, who handled Rangers in the past, is expected to lead the Flying Antelopes when they begin their CAF Confederation Cup at home on Dec.1.

Femi Abayi of Akwa Starlets struck in the 16th minute of the match and Isaac George goal in 43rd minute left the home team licking their wounds after the match.

Captain of Akwa starlets team, Aniekam Ekpe, said that they prepared for the match.

“MFM victory over Rangers gave us hope and we gave them respect but did not fear them.

“We fear no foes in this ongoing domestic league because football is all about win, lose or draw.

“Starlets have picked two draws in away and we are still going to pick more points in away.

“Rangers are a good team but they could not get it right today as our game plan worked out for us,” he said.

Ekpe said that the team was trying to gather as many points as possible at the early stage.

“We have seen team coming up to the NPFL and being relegated at the end of the season and that is what we are trying to avoid,” Ekpe said.