Submarine with 3000kg of cocaine intercepted in Spain 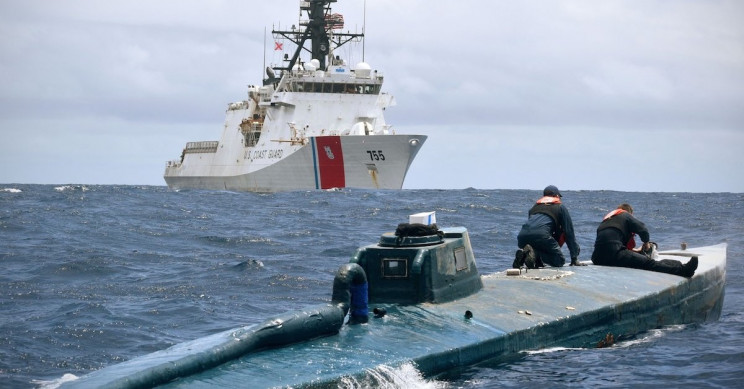 A Colombian Narco submarine intercepted in US

Spanish police on Sunday intercepted a submarine that appeared to be transporting drugs in waters off the northwestern region of Galicia, a source with the central government’s delegation to the region said.

“Early this morning an international operation was able to locate a small submarine of around 20 meters near the beach of Hio in the province of Pontevedra,” the source said, confirming earlier media reports.

News agency EFE reported that the vessel was carrying some 3,000 kilograms of cocaine, citing sources from Spain’s Guardia Civil.

However, the source told Reuters that while the submarine appeared to be carrying drugs it had not yet been confirmed and a spokeswoman for the Guardia Civil said she could not confirm the submarine’s cargo as it was still under water.

Two South-American men were detained as part of the operation, in which the Guardia Civil and National Police participated, while a third man escaped, the source said.

Authorities will attempt to refloat the vessel on Monday morning after attempts on Sunday proved unsuccessful.