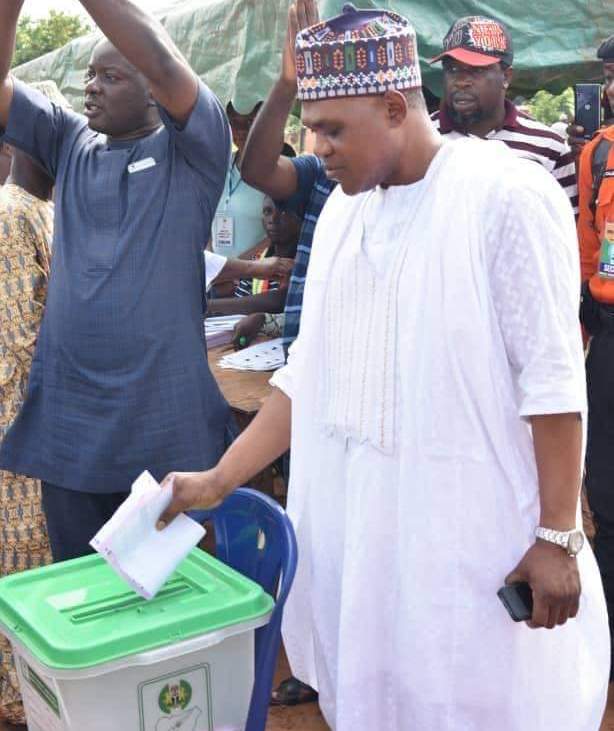 The Kogi state government has reacted to the series of denunciatory statements made by the Peoples Democratic Party over its loss of the governorship election on 16 November in the state and its candidate trailing the APC candidate in the Kogi West senatorial election.

The Director General to Governor Yahaya Bello on Media and Publicity, Kingsley Fanwo, gave a post mortem on the poll, adducing reasons why the PDP lost, adding that the PDP antics will in no way diminish the resounding victory of Governor Bello.

Fanwo’s statement read: “Our attention has been drawn to the orchestrated Peoples Democratic Party and its propaganda wing to rubbish the well deserved, herd earned victory of the All Progressives Congress in the November 16, 2019 governorship and National Assembly elections in Kogi State.

“We are not miffed by the millions they are throwing about to raise false alarms and cover their disastrous outing in the Kogi governorship election.

“Though, we are much aware of the popular saying that ‘you cannot beat a child and not expect him to cry,’ as PDP is doing now, haven been beaten silly in the election, but the desperate dimension that the party is busy spewing outright lies, attributing APC’s victory to ‘guns’ and violence, in the media is alarming.

“For purposes of clarification, APC’s victory did not come through the barrel of the gun nor through violence. The victory came via a combination of strategic factors ably marshalled and coordinated by the digital Executive Governor of Kogi State and leader of the party, Governor Yahaya Adoza Bello as analyzed below.

“First, APC did a soul searching and realised it might not do too well in the election if it failed to come together as one united family. That led the leadership of the party to initiate a robust reconciliatory move that reunited the various factions within the party into one happy family.

“Second, the APC went on an aggressive marketing drive across the state to showcase its achievements since it assumed power in 2016, and this endeared prospective voters to the party, haven seen the margin of difference in what APC achieved in less than four years compared with PDP’s 16 years of waste.

“It is on record that PDP never visited any local government in Kogi Central to sell its programmes, yet the party wanted to clean up the votes from Ebiraland.

“Even in Kogi West, the party succeeded in campaigning in only few places since its warped strategy was built on getting astronomic votes from Kogi East which never came.

“Third, PDP failed woefully in the election because of internal crisis that tore the party assunder. All through the party’s primary election to the general elections, the leadership of the party were at each other’s throats over the bitter outcome of the party’s primary, where guns boomed to pave way for a particular candidate to emerge as the flagbearer.

“We are at a loss as to how PDP intended to win an all- important election like governorship with a divided house. In any case, the main gladiators in PDP who could make a difference in any election had all decamped to APC as a result of irreconcilable differences of the major actors within the stable of PDP.

“PDP should do some introspection and soul searching instead of its current laughable resort to lies and guile to justify its disastrous outing in Kogi elections. It beats anyone’s imagination how an already beaten, battered party like Kogi PDP thought it could win the governorship election. That would have amounted to the miracle of the century.

“By the time we are done with statistics of the arrests made of PDP goons used to steal ballot boxes across the state, the world would see into the current propaganda of the PDP as nothing but a red herring intended to curry pity from unsuspecting public.

“When APC wins any election, PDP propagandists and alarmists will consider it rigged, but when PDP wins, it is considered the people’s wish. PDP should desist from self deceit and face the reality on ground.”

The PDP had condemned the entire election.

Its National Publicity Secretary, Kola Ologbondiyan, denounced both the governorship election and the Kogi West Senatorial District rerun which held on the same day, saying that the exercise was more of a war than election.

The PDP initially threatened to boycott Saturday’s Kogi West supplementary poll, saying that under the ruling party, the wish of the people can hardly count.

Ologbondiyan on Sunday, announced that the party would participate in the election.