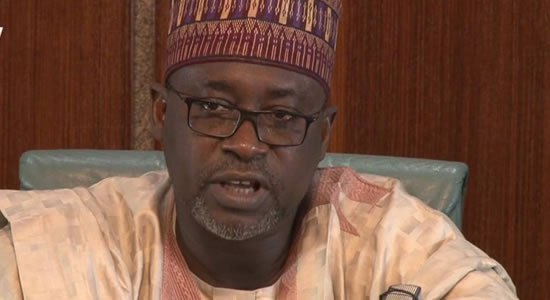 Minister of Water Resources Suleiman Adamu has said that member countries of the Niger Basin Authority (NBA) are committed to seeking sustainable financing for the organisation.

Adamu, who is also the Chairman of the NBA Council, said this during the Extra-Ordinary Session of the Council of Ministers of the NBA in Abuja on Tuesday.

The Minister reminded the participants that adequate financing of the NBA Executive Secretariat was a burning issue and concerted efforts had been repeatedly made to seek ways to properly fund it.

“The 9th and 10th summits of the NBA Heads of State and Government of 2010 and 2011, respectively, took important decisions regarding the search for autonomous and sustainable financing mechanisms for the costs related to the operation and investments of the NBA,” he said.

According to him, in a bid to implement the decisions the executive secretariat commissioned the first study on the NBA autonomous hydropower financing and the finalisation of Annex No 2 to the Water Charter and the Coordinated Dam Managementthet pool.

He explained that the decision which was taken after 10 years came with the financial support of the World Bank through the Niger River Basin Management Project.

“Today’s meeting is therefore the culmination of the various studies explored to seek means of the sustainable financing of the NBA.”

Adamu said the session was of vital importance to the NBA as it sought to consider two important issues.

He said the issues included Annex 2 to the Water Charter on Water Regulations for the coordinated management of dams in the Niger Basin.

Adamu said the other issue was the study report on the feasibility of NBAs autonomous hydropower mechanism.

He added that the session would provide a good opportunity to strengthen dialogue and consultation between member countries for its betterment.

The Minister thanked the technical committee and experts who had taken the task of considering the reports and documents presented to them by the Executive Secretariat.

According to him, it is, therefore, our responsibility to review and adopt where necessary, the recommendations contained in the report of the technical committee of experts to the overall benefits of our common basin.

“We want to assure you that member countries will ensure the funds are judiciously used in the implementation of projects that will not impact negatively on the populace.”

NBA Executive Secretary Abderahim Hamid said that the session was important in terms of the points to be addressed in the revitalising and capacity building process of NBA.

Hamid said the recommendations from the technical committee of experts would be submitted to the ministers for consideration.

He said this would be done before necessary resolutions to strengthen the common institution of the NBA in terms of coordinated management and implementation of a sustainable and autonomous hydropower financing mechanisms.

“It has been a month since the preliminary report of this study was reviewed and technically validated during a regional workshop held in Niamey, Niger from Oct. 23 to Oct. 25.

“Indeed this extraordinary session of the Council of Ministers co-financed by the World Bank and the NBA’s Executive Secretariat is organised with a view to adapting the final report, taking into account the amendment of the Niamey regional workshop.”

Highlights of the meeting included cutting of the 55th Anniversary Cake of the NBA.