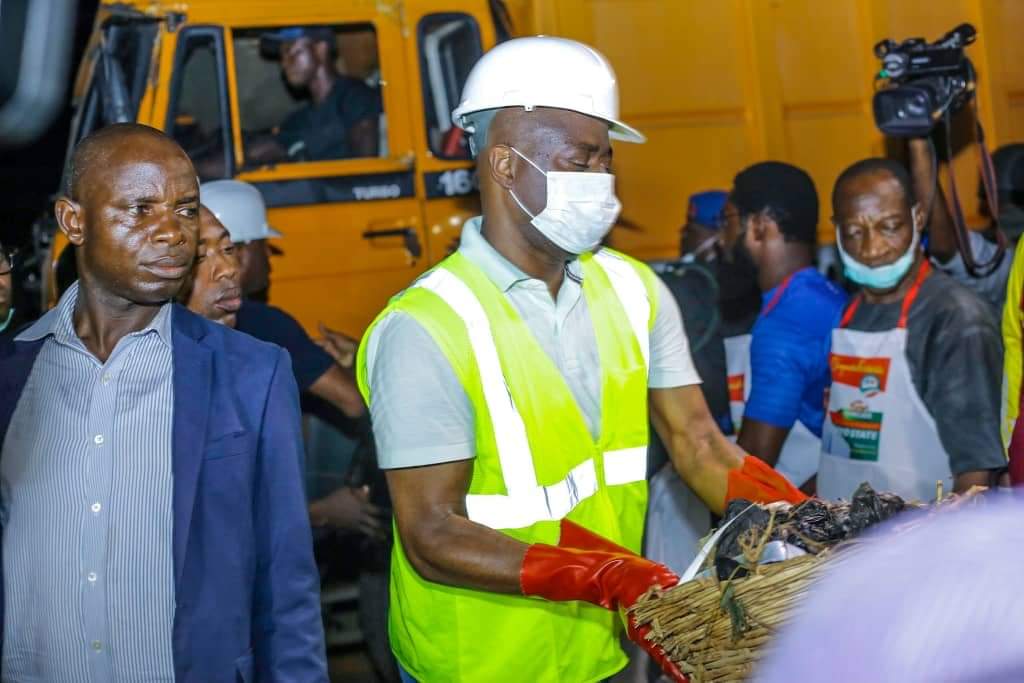 with the State executive council and was still out as at 1am,

Less than 24 hours after declaring a State of Emergency on refuse collection and waste management in the state, Oyo State Governor, Engineer Seyi Makinde, led Ibadan Clean-up exercise to clear dirts off the street.

PM News gathered that the governor who went around the state capital to clean environments went with the State executive council around on Monday night.

The Governor, in statement earlier, had said that waste management has become a matter of emergency which he said is the business of all political appointees, the Permanent Secretaries, and the workforce.

He said, “What I have asked to be done is to, first of all, mobilize all resources possible and we will all be out this evening (Monday evening) to do the cleanup and supervise it. We will close early today and at 8’O clock, we are going to Mapo Hall. We have trucks and have mobilized workers and we will take off.”

“This is not for showmanship but a serious challenge that we have. If we don’t do it, I can bet that a few weeks down the line, we will see the impact at our hospitals. Though it’s a short term thing, we just have to do it,” he added.

Speaking with PM News in a telephone conversation, Kazeem Bolarinwa, Special Adviser to the governor on Youth and Sports said the governor’s action was a show of commitment and not a showoff.

In his words, “His excellency is not a showoff or a political exhibition. What he did yesterday was just a show of commitment.”

He was the last man standing yesterday and I was with him till 3am. As I am speaking to you we are on our way to Ogbomoso for the same thing.”

“His excellency is not a politician, he is a leader,” he added.