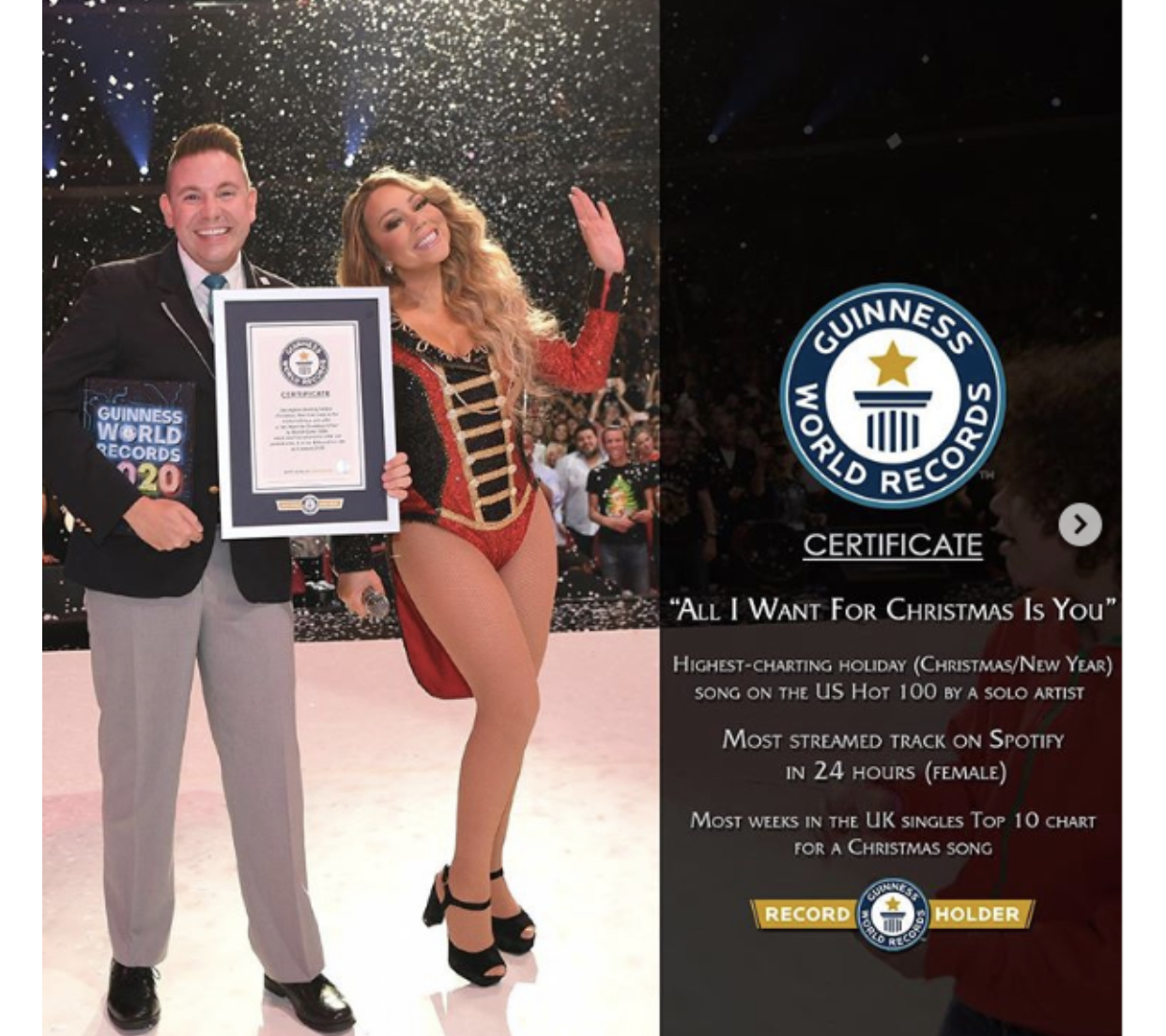 American singer and songwriter, Mariah Carey has been honored by Guinness World Records after her 1994 hit holiday track “All I Want for Christmas Is You” broke three records.

The Guinness World Records organization announced on their website that the Pop Star has set three world records with her Christmas classic.

The song broke the record for highest-charting holiday (Christmas/New Year) song on the Billboard U.S. Hot 100 by a solo artist.

The song also set the bar for most-streamed track on Spotify in 24 hours by a female artist, with 10,819,009 streams last December, as well as the record for most weeks in the U.K. singles Top 10 chart for a Christmas song at 20 weeks.

During her recent show at The Colosseum at Caesars Palace in Las Vegas, Carey was presented copies of her pages from the “Guinness World Records 2020 Edition,” along with her record title certificates by Michael Empric, an official adjudicator from the organization.

Celebrating her accomplishments on Instagram, the mother of two wrote: “Thank you so much Guinness World Records for honoring me with three records in the 2020 book!” she wrote, captioning a photo of herself onstage with the certificate, Empric and her children, 8-year-old twins Monroe and Moroccan.

“Michael from @guinnessworldrecords presented me with a certificate on stage, so naturally, I asked him to join us for the #AllIWantForChristmasIsYou finale!” she added.