AGT: Gabrielle Union was fired due to black hairstyles 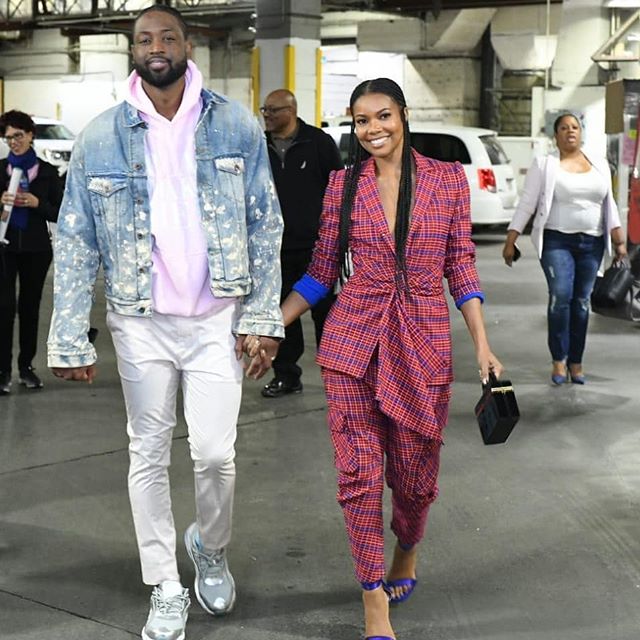 Even Dwyane Wade is wondering why Gabrielle Union was “fired” from America’s Got Talent.

The former NBA star seemingly confirmed reports his wife was axed as a judge from the hit show in a series of tweets Wednesday. He praised Union for how she handled herself and for always being “an advocate for our community and culture.”

Wade’s messages come after a bombshell report from Variety claimed Union’s contract wasn’t renewed after she expressed concern over offensive incidents on set. Variety also cited multiple sources who alleged Union was given notes that her rotating hairstyles were “too black” for the AGT audience.

“So when I got the news that my wife was being fired—my first question was obviously why!?” Wade wrote, adding he’s “still waiting on a good answer to that question.”

In another tweet, Wade added that he’s “proud” of Union for “standing up for what she stands for and that’s US.”

The basketball star concluded by writing a sweet message to his wife, applauding her for “not losing sight of the lessons we’ve talked about teaching our daughter” while on the competition show. Their baby girl, Kaavia James Union Wade, recently turned one. “Number 1 judge on one of the biggest shows in the world!!”

The Bring It On star hasn’t publicly addressed the scandal. A rep for the actress did not return Yahoo Entertainment’s request for comment.

On Tuesday, Variety alleged Union repeatedly spoke out against offensive on-set incidents. One example purportedly involved an inappropriate joke made by Jay Leno during a guest appearance. The former late-night host is said to have offended some staffers when quipping that Simon Cowell’s dogs looked like something one would find “on the menu at a Korean restaurant.” According to the report, Union urged producers to flag the incident to human resources at NBC, but it was never escalated. The joke was supposedly cut when the episode aired.

In another instance, Union apparently expressed concern when she felt a white male performer crossed the line in portraying people of color during an audition taping. She immediately recommended to a segment producer and an executive producer that the contestant be removed from the lineup, per the report, but producers disagreed. She reportedly pressed further saying the show’s live audience shouldn’t be subjected to something racially insensitive. The performer was still sent to the stage and his live audition was later cut from the episode, an insider alleged.

Both Union and Julianne Hough were supposedly subjected to excessive notes on their physical appearance. Hough, who has two upcoming Christmas specials slated to air on NBC, said in a statement she “had a wonderful time on America’s Got Talent, I loved working with the cast, crew, and producers. I am happy to continue my working relationship with NBC.”

It was announced over the weekend that Union and Hough would not return for Season 15. The news was especially surprising given the strong, positive reactions to the new female judges. The show’s social media presence doubled since Union and Hough replaced longtime judges Melanie Brown and Heidi Klum. Variety reported Season 14 generated 25 million social media impressions, approximately half of which engaged directly with Union, essentially making her the most popular judge.

Cowell and Howie Mandel are returning as judges next season while Terry Crews will be brought back as host. None of the men have publicly addressed the allegations. Reps for Cowell, Mandel, and Crews have not responded to Yahoo Entertainment’s request for comment.

In a joint statement, NBC and series producer Fremantle said the decision not to renew Hough and Union’s contracts was purely business. Yahoo Entertainment reports.

“America’s Got Talent has a long history of inclusivity and diversity in both our talent and the acts championed by the show,” the companies told Yahoo Entertainment Tuesday. “The judging and host line-up has been regularly refreshed over the years and that is one of the reasons for AGT’s enduring popularity. NBC and the producers take any issues on set seriously.”