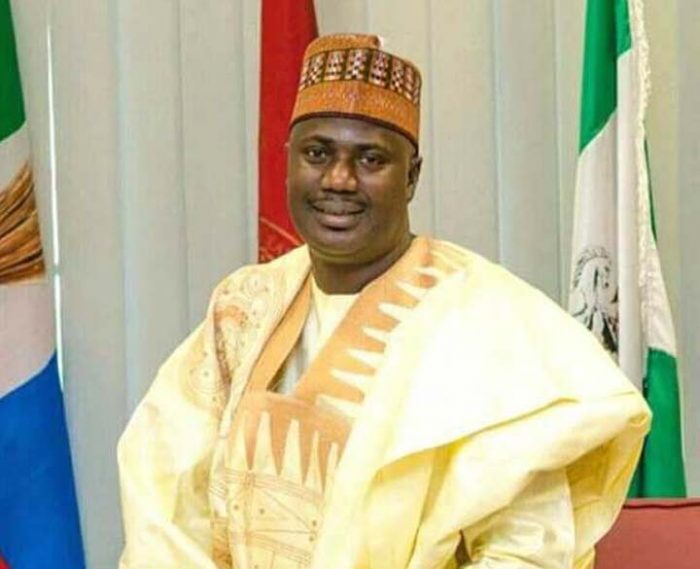 Deputy Chief Whip of the Senate, Senator Aliyu Sabi Abdullahi, on Thursday said existing laws on defamation and libel are grossly inadequate to tackle hate speech in its form.

Abdullahi stated this against the backdrop of pockets of protests and reactions to the introduction of the Hate Speech Bill by the National Assembly, including a legal luminary, Afe Babalola.

According to Abdullahi, who represents Niger North Senatorial District in the National Assembly, Parliaments across the world have identified ‘Hate Speech’ as a new “threat that dehumanizes and targets individuals and groups, and also threatens peace in a diversified society.”

The lawmaker stated that the Parliamentary Assembly of the Council of Europe, which is a 47-nation member organization, in a report identified threats posed by Hate Speech to include; exclusion among minority groups, alienation, marginalisation, emergence of parallel societies, and ultimately radicalisation.

These, Abdullahi warned, are present features in the socio-dynamics of Nigeria as a nation which places the country on the brink of implosion from the effect of hate speech.

He stated that given the complex dynamics associated with hate speech, “the provisions of defamation and libel laws in Nigeria clearly lack the grip to tackle the dimensions of hate speech in acts such as victimization, marginalization and exclusion.”

Sabi Abdullahi added that the Parliamentary Assembly of the Council of Europe in its resolutions contained in a publication titled: “The role and responsibilities of political leaders in combating hate speech and intolerance” endorsed “criminal legislation” to “prohibit and sanction” hate speech.

The publication reads in Part, “The Assembly believes that a wide range of measures is necessary to counter hate speech, ranging from self-regulation, particularly by political movements and parties, and in the statutes and rules of procedure of national and local elected bodies, to civil, administrative and criminal legislation prohibiting and sanctioning its use.”

Citing countries such as Germany and France, Abdullahi stated further that the Parliaments of both countries passed a landmark law in 2018 and 2019, respectively, to fight online hate speech.

These and many other countries, the lawmaker stressed, all have defamation and libel laws but have introduced legislation to tackle hate speech as a specific threat.

“Hate Speech bill is about prohibiting incitement to discrimination, hostility and violence,” the lawmaker emphasised.

According to reports, members of the lower house of the French Parliament voted 434 to 33 to adopt the law, which is modelled after German legislation that came into force in 2018.

Sixty-nine members of the French Parliament, it was gathered, abstained.

In a related development, Senator Sabi Abdullahi has lauded the position of the United Nations on the introduction of the Hate Speech bill without a death penalty by the Nigerian National Assembly.

He said: “I must commend the United Nations for its position on the Hate Speech bill without the death penalty. It goes to show that they understand the gravity of the problems and threats face by Nigeria as a united entity, and which the National Assembly is taking proactive measures to address with this bill.”

The Deputy Secretary-General of the United Nations, Amina Mohammed, on Tuesday commended the move to tackle hate speech without the death penalty.

Speaking on the Hate Speech bill before the National Assembly, the UN deputy secretary-general said, “We need to know that globally we are in a space where hate speech has reached an all-time high. So, any checks and balances we can put into a society, a country, a region to bring an end to this is welcome.”

“Again, the way the legislation is being followed by trying to put that in place, I think is commendable.

“We, of course, did not support the death penalty and I am also happy to see that portion has been taken out of the proposed legislation that is being put forward,” she added.