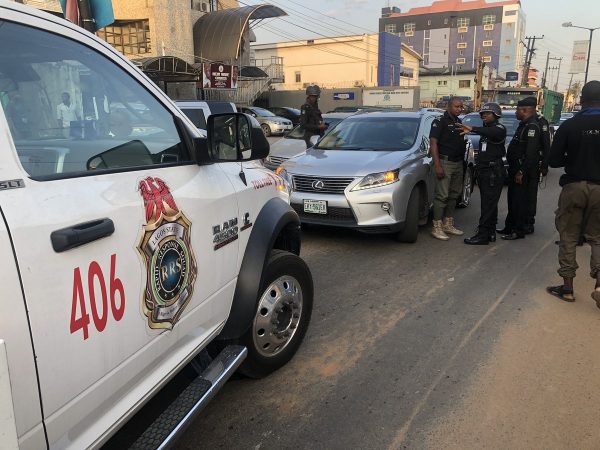 Lagos State Commissioner of Police, Hakeem Odumosu, has announced an inter-agency collaboration of all security and law enforcement agencies within the State to bring about lawful order.

He said The Monitoring and Enforcement Coordination Committee to be headed by former Commissioner for Transport in the state, Comrade Kayode Opeifa is to monitor and enforce all the new executive orders and other existing laws of the state with a high sense of responsibility and the seriousness they deserve.

Speaking to newsmen after a meeting of the committee with the Governor, Odumosu said the team, which is ready to annihilate all forms of crimes across the State has the backing of the Governor to move into action immediately.

He also warned that there is no longer any hiding place for miscreants using any of the agencies as shield or fronts to perpetrate crimes in the State as the new synergy formed would allow each agency to act on behalf of the other for efficiency.

He said: “We just came out of a meeting with the Governor of the State and the pivot of our meeting is enforcing all the laws of Lagos State. All the heads of the government agencies that are involved in enforcing laws of the State.

“So, we have come together to let any lawless members of the community know that Lagos of today won’t condone their lawlessness. We are together now in synergy, putting all our resources together to go after the lawbreakers in the society.

“Because we are now together, you cannot hide under any agency to break laws. An officer of LASTMA can do the job of a KAI if he is the one present at the scene of the crime. All security agents across the state can get involved in maintaining law and order, notwithstanding if it’s within their jurisdiction because we now work in Synergy.”

He added that “Mobile Courts will now move from one point to another so we can now have instant judgement. All the laws will now be fully enforced”

Chairman of the Committee, Comrade Kayode Opeifa, said the Committee is charged by the Governor with the duty of keying into the dream of a greater Lagos via a systematic approach of enforcing law and order.