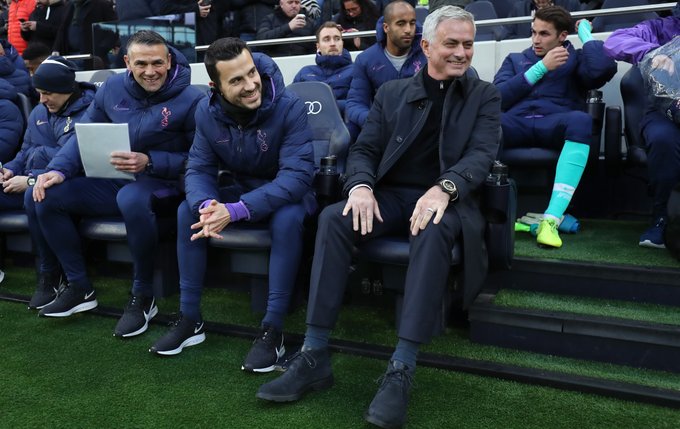 Jose Mourinho’s first home Premier League game in charge ended with a win as a Dele Alli’s brace and a goal from Moussa Sissoko ensured all three points against Bournemouth on Saturday afternoon.

But – much like last weekend at West Ham – Tottenham had to survive a late fightback from the Cherries, who scored twice through Harry Wilson in what was an entertaining and open affair.

Dele came through in the first half and doubled Tottenham’s lead with a fine second five minutes after the interval, Toby Alderweireld the architect of both goals with two wonderful passes from deep.

Sissoko, one of three changes made to the starting line-up from the midweek victory over Olympiacos, netted his first goal since October, 2017 but Wilson’s free-kick made it 3-1 and he added a second deep into stoppage time.

In the end, Tottenham were grateful to a last-ditch tackle from Jan Vertonghen to prevent Callum Wilson from scoring a dramatic equaliser.

Jose Mourino’s side held on for the win, the third straight victory under the new Head Coach.