London knife attacker was one of us - Islamic State 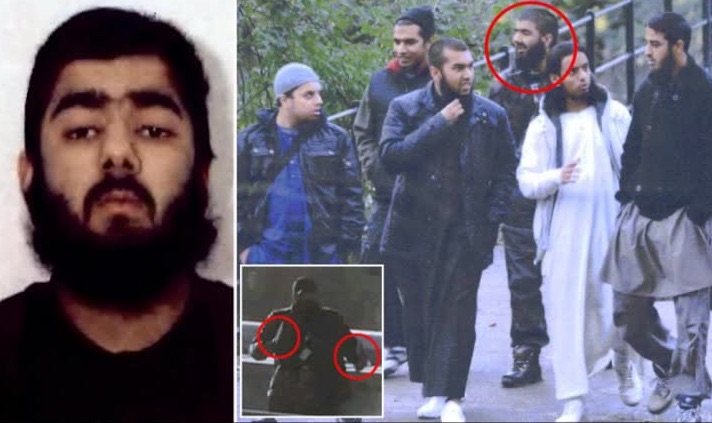 The Islamic State on Saturday claimed responsibility for the stabbing attack in central London that left two people dead before the attacker was shot and killed by armed police.

According to dpa news, the Islamist militia’s mouthpiece news agency, Amaq, said the man was an Islamic State fighter and that he carried out the attack in response to calls for targeting citizens of the countries that form an alliance to fight Islamic State.

On Friday, a man identified by British authorities as 28-year-old Usman Khan stabbed two people to death on London Bridge before he was shot dead by police.

The suspect had previously been convicted of terrorism offences, according to British authorities.

Three other victims, a man and two women, are receiving treatment in hospital, police said.

Khan, who reportedly served time for a plot to bomb the London Stock Exchange, had been released early from prison in December 2018, prompting a fierce debate about the practice. The Times newspaper said that he was still wearing an electronic ankle tag.

“If you are convicted of a serious terrorist offence, there should be a mandatory minimum sentence of 14 years – and some should never be released,” Johnson said when visiting the scene of the attack on Saturday.

“Further, for all terrorism and extremist offences the sentence announced by the judge must be the time actually served – these criminals must serve every day of their sentence, with no exceptions.”

The Guardian reported that the judge in Khan’s case said his plans were a “serious, long-term venture in terrorism” and he may represent an ongoing danger to the public.

Responding to criticism, the Parole Board issued a statement on Saturday to say it had not been involved in his release of the attacker “who appears to have been released automatically on licence (as required by law), without ever being referred to the Board.”

The Ministry of Justice said it would urgently review the licence conditions imposed on other convicted terrorists released from prison, which is understood to relate to around 70 people, Britain’s Press Association (PA) reported.

Khan’s attack started at a conference on rehabilitation at Fishmongers’ Hall; he was tackled by ex-offenders attending it and a Polish chef who worked at the venue, PA reported.

Khan, who was wearing a hoax explosive device at the time of the attack, had taken part in a prisoner rehabilitation programme organized by Cambridge University and had shown “no cause for concern,” PA cited a source familiar with the programme as saying.

Campaign events for the upcoming British general election on December 12 were cancelled on Saturday.

Commissioner Dick confirmed to journalists that the attacker is believed to have acted alone, PA reported.