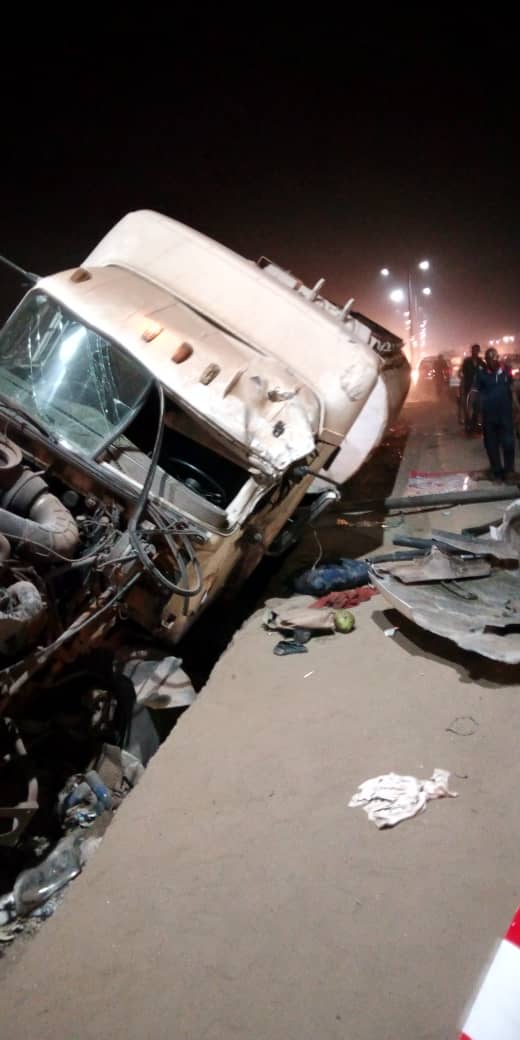 A petrol tanker on Monday crashed into a drainage in a bid to avoid knocking down a female National Youth Service Corps member who was dashing across the highway in Anambra.

Kumapayi said the tanker marked GGE 643 XE was on the Asaba bound lane but was not carrying petroleum product at the time of the crash.

According to him, three persons were involved with no death recorded and one person injured.

“The petrol tanker lost control while trying to avoid hitting a female NYSC member trying to cross the road.

“The lady sustained injuries when she saw the movement of the vehicle and jumped into the gutter.

“She, however, has been moved to a private hospital for treatment,” he said.

The sector commander said there was no obstruction to vehicular traffic.