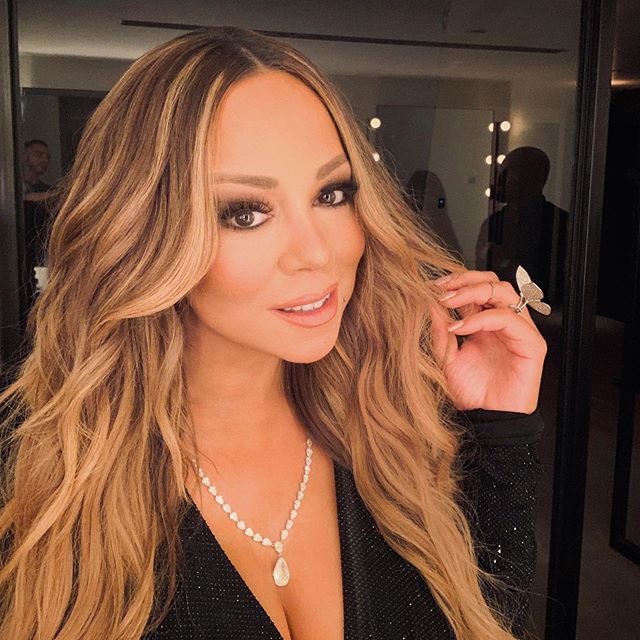 As radio stations everywhere turn to an all-Christmas format, what song would listeners most like to jingle all the way to oblivion? That question remains unsettled in America, but over in the U.K., a poll has singled out Mariah Carey’s “All I Want for Christmas is You” as the most annoying holiday song ever.

The mobile phone company Huawei conducted the survey. Perhaps Carey’s song topping the poll is not surprising; 1994 single is ubiquitous enough, worldwide, that it would probably come in near the top of any survey of favorite songs, too. But clearly it is not without its polarizing factors to many Brits who dread the music of December.

The rest of the U.K.’s most annoying list is decidedly Brit-centric, with the Band-Aid charity song “Do They Know It’s Christmas?” coming in at No. 2. A couple of holiday songs from British rock stars of the 1970s, Wizzard’s “I Wish It Could Be Christmas Everyday” and Slade’s “Merry Xmas Everybody” are in the Nos. 3-4 positions. Do the English even realize how uniquely fortunate they are to have that Wizzard song all over the airwaves every December? Apparently they do not. Variety reports.

Wham!’s “Last Christmas,” which surely would top any more scientific poll, lands at No. 5.

One of the greatest Christmas songs of all time, “Fairytale of New York” by the Pogues with Kirsty MacColl, inexplicably comes in at No. 6, although it’s probably difficult to overestimate how many more thousands of times the British have been subjected to this ode to drunken dysfunction than Americans have.

At No. 7, perhaps the least expected choice, from a U.S. point of view, is the Tom Jones and Cerys Matthews version of “Baby, It’s Cold Outside,” a single that has been inescapable overseas since its 1999 release but has gotten virtually zero airplay, ever, in the States. Given the ongoing controversy in the U.S. about the song itself, it seems safe to say that the recordings that Americans are more familiar with (like Dean Martin’s) would be contenders if a similar survey were conducted here.

The No. 8-10 picks return the poll to territory more familiar to American listeners: the Jackson 5’s “Santa Claus is Coming to Town,” Eartha Kitt’s “Santa Baby” and the Andrews Sisters’ “Jingle Bells.”

That Paul McCartney’s “Wonderful Christmastime” was even bigger in the U.K. than in America yet does not appear anywhere in the top 10 throws the veracity of the poll further into question.

One thing Mariah Carey’s “All I Want for Christmas is You” has going against it — or for it, depending on your point of view — in this poll is the fact that it’s the last original holiday song to have really become a Christmas standard; nothing in the 21st century can really be said to have joined the popular canon. Perhaps that makes it more vulnerable to boomers who might consider Carey’s song an irritating jingle-come-lately in a pantheon in which practically everything else has been grandfathered in, although there are probably just as many from that generation that cherishes it for its debt to the Phil Spector Christmas sound.

There’s more annoyance or delight where that came from. Carey’s 1994 “Merry Christmas” album, from which the megahit derives, has been reissued this fall in a 25th anniversary deluxe edition with a bonus disc that includes remixes, a new recording of “Sugar Plum Fairy” and previously unreleased live tracks from the singer’s ’94 performance at the Cathedral of St. John the Divine in New York City.

Curiously, due probably to a number of peculiarities about chart rules at the time, Carey’s song never reached No. 1 on the Billboard Hot 100; the highest it’s ever gotten there is No. 3, a position attained just last year. Carey released a duet version with Justin Bieber in 2011. The song has been covered live or in performance by artists including Kelly Clarkson, My Chemical Romance, Michael Buble, Fifth Harmony, Lady Antebellum, Cee Lo Green, Ariana Grande, Idina Menzel, She & Him, LeAnn Rimes, and Ingrid Michaelson.

Clearly U.K. music fans are not taking their cues from the Guardian, which this year ran its own subjective list of the most annoying holiday songs of all time and only placed Carey’s at No. 20. They had “Do They Know It’s Christmas?” in second place. The newspaper’s No. 1 pick: Bing Crosby and David Bowie’s “Little Drummer Boy/Peace on Earth.”

The full survey results for Britain’s most annoying Christmas song: