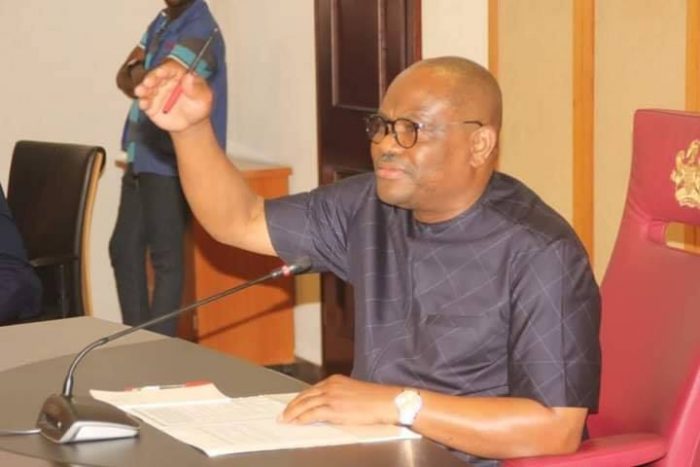 The Rivers State Governor, Nyesom Ezenwo Wike, has declared that with elections effectively over across the country, the focus should be on governance for the good of Nigerians.

Speaking during a courtesy visit by the Director General of the National Youth Service Corps (NYSC), Brigadier General Shuaibu Ibrahim, at the Government House Port Harcourt on Monday, Governor Wike said that politics should now be de-emphasized.

“Politics has come and gone. We have won the election here, they have lost. But they have won in other places. Politics has ended and we are now talking about governance.” The governor said.

Wike also decried the situation where Corps Members device different schemes to ensure that they are posted back to their home state.

He said: “We should try and discourage the idea that you must serve in your state. That is not the essence of the NYSC Scheme.”

He assured that the Rivers State Government would continue to promote the welfare of Corps Members serving in the state.

“For the corps members posted here to serve our state, it is our responsibility to take care of their welfare because, they are working for the benefit of Rivers State “, he said.

Wike said the Rivers State Government was still willing to assist family of the late corps member who was killed during the rerun elections.

He assured that his government would deliver auditorium at the permanent orientation camp and other projects during the first year of his second term.

The NYSC Director General, Brigadier General Shuaibu Ibrahim thanked the governor for his outstanding contribution to the development of facilities at the permanent orientation camp of NYSC.

He commended Wike for prompt payment of allowances to corps members and the construction of a 5,000-seat auditorium at the orientation camp.

He described Wike as an NYSC friendly governor who has encouraged corps members to give their best.

“I thank you most sincerely. Others are watching. I encourage them to emulate the Rivers State Governor “, he said.