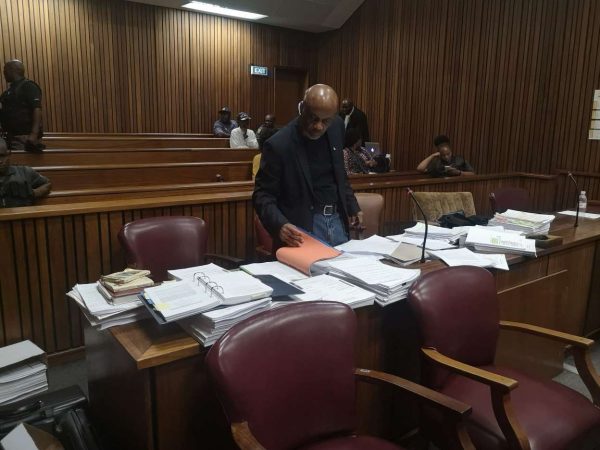 Henry Okah, leader of the Movement for the Emancipation of the Niger Delta (MEND), who was convicted by a South African court for terrorism in 2014, turned his own advocate on Tuesday, asking the Gauteng High Court in Pretoria, to declare his conviction unlawful.

He said the conviction in January 2013 was based on a wrong law and asked to be set free.

“I am not a terrorist. I am a prisoner of war,” Okah told Judge Moses Mavundla, while being guarded by about 15 heavily armed police and correctional service guards in court.

Smartly dressed in a black suit, Okah argued his own application.

In eloquently citing the law, he also asked the court to declare that he was a participant in a non-international armed conflict and thus protected by the Geneva Convention.

He said he is entitled to appear before a tribunal as contemplated by the convention.

He was convicted under the Terrorist Act and subsequently sentenced following two bombings in the Nigerian cities of Warri and Abuja in March and October 2010.

As he was arrested in South Africa later and planned one of the bombings here, he was tried in a South African court.

But Okah said this court never had jurisdiction to try him, as the crimes were committed outside this country’s borders.

He told the court that he was deliberately tried by a criminal court here to secure a conviction, as the authorities knew that it would not have been such an easy road for them before the ICC.

Okah also claimed that his arrest was ordered by former president Zuma, but he did not elaborate on this statement.

The National Prosecuting Authority (NPA), in opposing the application, said during his criminal trial Okah admitted that the bombings complied with the definition of terrorism.

The bombings caused mayhem to buildings and killed and injured several people. Okah also at the time admitted that that timing devices were found on site, which were used to set-off the bombs at different times.

He also admitted that the delay in the second bomb exploding was designed to attract people to the location of the first bomb to assist the injured – thus to cause maximum death and injury.

Judgment has been reserved, reported by Independent Online.