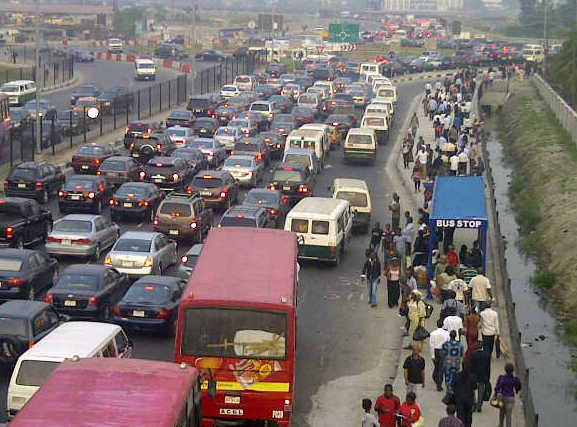 The Chartered Institute Of Transport Administration of Nigeria (CIOTA) says it will work at ensuring ease of traffic in the country.

Dr Bashir Jamoh, the institute’s President, disclosed this at the maiden National Transportation Summit in Abuja on Monday.

According to Jamoh, the institute will ease traffic in transport using volunteer groups, which will comprise members of the National Youth Service Corps (NYSC).

“Everyone is suffering due to the bad conditions of our roads. The gridlock at Apapa port is worrisome and embarrassing to Nigeria.

“For over two to three months, the Presidential Committee on Apapa gridlock has worked tirelessly on the traffic situation in and around the ports, without much success.

“In every country that I have visited, the most important roads are usually the access roads leading to the seaports.

“CIOTA is going to be part and parcel of the effort to resolve the hydra-headed monster called Apapa gridlock.

“After vigorous research, CIOTA has come up with what we call a volunteer group to bring an end to Apapa gridlock.

“We will partner with the NYSC and ask them to give us some of their members who will be enlisted in the volunteer group of CIOTA.

“They will be dressed in CIOTA uniform and deployed, through collaboration with the Federal Road Safety Corps (FRSC), to address the gridlock in and around the seaport.

“By the first quarter of 2020, the volunteer group will be on the roads to restore sanity,” he said.

Jamoh said that the institute would also interface with the Head of Service and the Ministry of Education to ensure that transportation was truly professionalised.

He added that CIOTA would ensure that the country had people that could reinvigorate, re-design, and rebuild the transportation system in the country.

“This is the area of advocacy that we will ensure is taken care of without further delay,” Jamoh said.

In his remark, the Executive Secretary, Nigerian Shippers’ Council (NSC), Hassan Bello, reiterated the need for transportation in the country to be handled by professionals.

On his part, the Managing Director, Nigerian Railway Corporation (NRC), Fidet Okhiria, restated the importance of railway transport to the development of the country.

Okhiria said that plans were already underway by the Federal Government to link up every part of the country through the rail system.