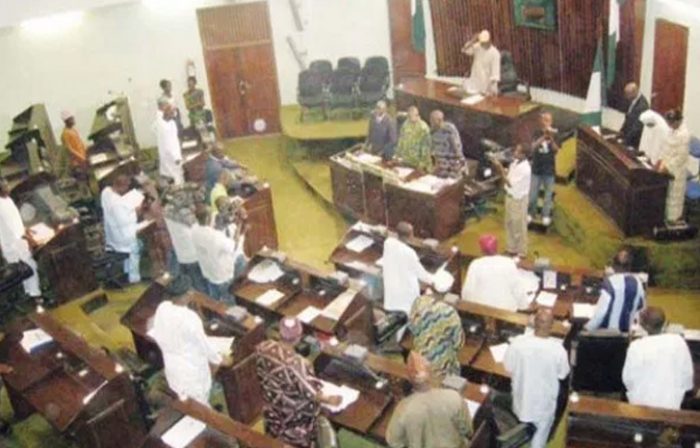 The Speaker of Edo State House of Assembly, Francis Okiye, on Wednesday, declared vacant the seats of 12 members-elect for deliberately refusing to present their certificates of return to the Clerk of the Assembly for inauguration.

Also, during plenary, the seats of Messrs Uyi Ekhosuehi and Henry Okaka, representing Oredo East and Owan East respectively, were declared vacant for allegedly absconding from plenary after the inauguration of the Seventh Assembly on June 17.

According to the speaker, even if the lawmakers-elect come for sitting now, they could not meet the mandatory 180 sitting days as enshrined in the constitution.

Okiye, while declaring the seats vacant, said that the 12 members-elect ‘defiantly refused’ to come forward to do necessary documentation as part of the conditions for their inauguration as members of the Assembly.

He said: “12 out of the 24 members-elect, who completed their screening and documentation process, were inaugurated on June 17, out of whom two have refused to discharge their legislative duties.

“They have refused to represent their constituents in the Assembly, invariably denying them effective representation.

“At this point, I am declaring the seats of the 12 members-elect vacant, in accordance with Section 109, subsection 1(F) of the 1999 Constitution (as amended),” he said.

Okiye consequently called on the Independent National Electoral Commission (INEC) to conduct by-elections within 90 days in the affected constituencies.