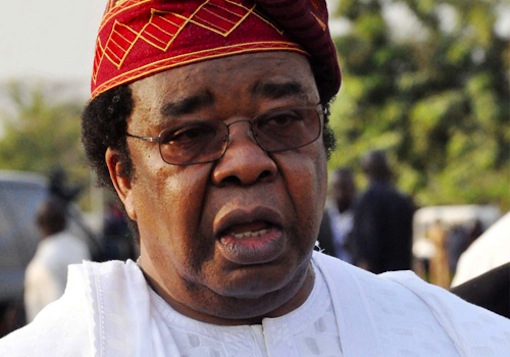 A former Minister of External Affairs, Prof. Bolaji Akinyemi, in Lagos on Wednesday advised Nigerian churches to stop patronising the rich with a questionable source of wealth.

Akinyemi gave the advice while speaking with journalists at the Centenary Anniversary Lecture of the Anglican Church held at All Souls’ Church, Lekki, Lagos.

The theme of the lecture, organised by the Diocese of Lagos, is ‘The Church and Good Governance”.

Akinyemi urged churches to continue to preach against the evil of abuse of office by public officials.

“The church has to stop showing favouritism towards rich people whose source of their wealth is questionable; the church should stop worshipping them,” he said.

The former minister urged churches in the country to stop worshipping money, adding that the church should have the courage to confront those in authority.

Also speaking at the event, Right Reverend Humphrey Olumakaye, Lord Bishop, Anglican Diocese of Lagos, said the church would continue to play its godly role in teaching the Christian virtues of transparency, honesty and righteousness in government.

He said that the day of reckoning was coming when everyone would give account of their stewardship on earth, while urging everyone not to be too attached to the things of the world.