Lagos-Ibadan rail: No cause for alarm over low patronage – NRC 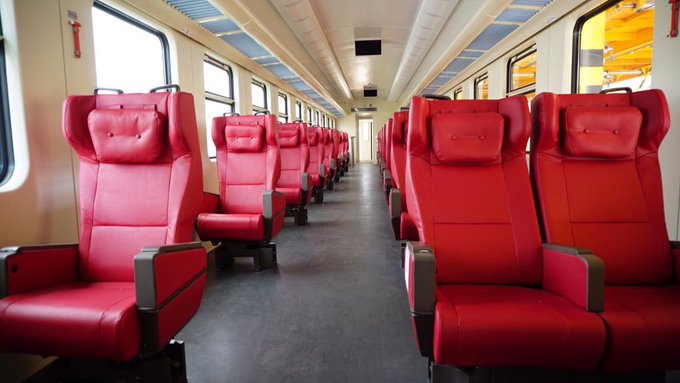 The Nigerian Railway Corporation (NRC) says there is no cause for alarm over the low patronage of the newly introduced free train ride on Lagos-Ibadan standard gauge rail.

The free train ride from Iju, Lagos to Moniya in Ibadan, was flagged off by the Minister of Transport, Mr. Rotimi Amaechi, on Nov. 29.

According to media reports, only six passengers took advantage of the free ride on Monday and Tuesday.

Mahmood, however, said that the patronage had started improving as many people were beginning to know about the free ride.

“The ride from Iju in Lagos to Moniya in Ibadan with two luxury coaches has been described as most comfortable, taking about two hours. When you introduce a product into the market, it takes some time before people will start appreciating the product,’’ Mahmood told NAN.

He said that the train departs Ibadan for Lagos at 9.00 a.m each day (Monday to Friday) and returns to Ibadan each day by 4.00 p.m.

Mahmood urged commuters to take advantage of the free ride, while it lasts.