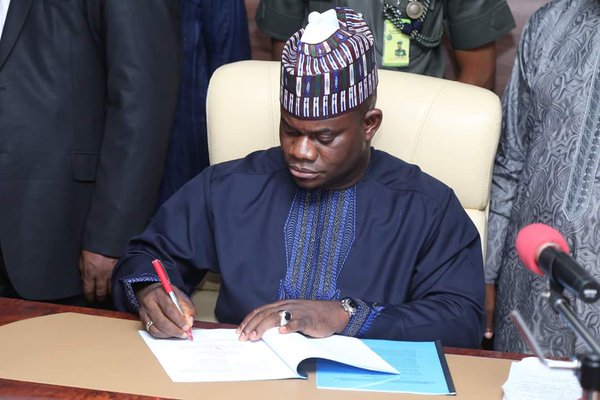 The governor who was represented by his Deputy, Edward Onoja, while laying the budget tagged Budget of Prosperity at the Kogi State House of Assembly said it will transform the state in all spheres of development.

He further told the the lawmakers that recurrent revenue for the year 2020 stands at N92.932 out of which estimated personnel cost for the period will be 32.512 billion, whereas N46.55billion is expected to be overhead cost thereby giving N78.96 billion as a recurrent expenditure for the year 2020.

The 2020 budget is the last Bello will be presenting in his first tenure. He has won reelection and his second term begins on 27th January 2020.