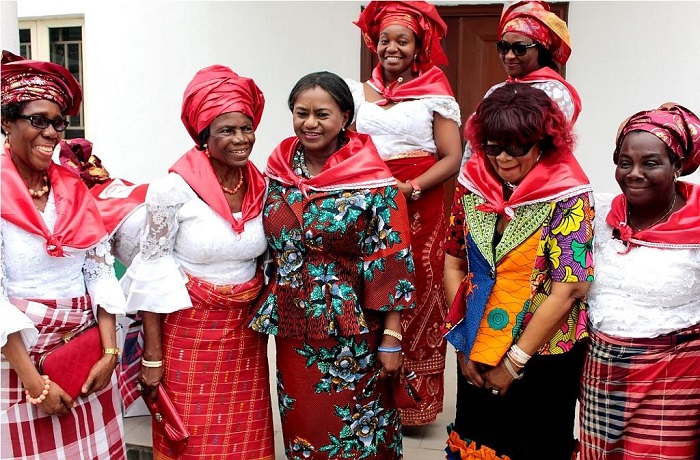 Dr Ipalibo Harry Banigo, the Rivers State Deputy Governor, has condemned the criminal acts and the backdrop of incessant attacks on Seafarers on the Port Harcourt-Onne-Bonny route leading to the loss of lives, properties and the raping of women by sea pirates in the coastal waters.

Dr. Mrs Banigo stated this while playing host to members of the Bonny Women Patriotic Movement at the Government House in Port Harcourt, on Thursday, 5th December 2019.

According to Dr. Banigo the Security Council under the watch of Governor Wike is leaving no stone unturned to put an end to this ugly situation.

She frowned at the situation where women have been attacked, abused and have lost their properties to these criminals, noting that it is not acceptable and should not be happening to us.

“This is what informed the governor’s decision to launch ‘Operation Sting’ to stamp out all forms of criminality in the state”. Dr. Banigo stressed.

“You have been making sure that your sons and daughters are brought up in the fear of God, this is a great support for this Government, apart from your voter’s cards that you used in voting for us, when we don’t have our children growing up in the fear of God, we will have children ending up as militants, drug pushers, armed robbers, and cultists.

This is what is tearing apart the destiny of our young ones in this state, cultism and the use and abuse of illicit drugs is turning them to become something they are not supposed to be”. The Deputy Governor further stressed.

Dr. Banigo who advised youths and young adults not to be frustrated if they come out of school without securing their dream jobs immediately, charged them to utilize their creative skills to produce things, be multitasking, get involved in charity work and volunteerism.

In her address the President of the Bonny Women Patriotic Movement Port Harcourt, Mrs. Mercy Allison-Jibueze said they were at the Government House to thank the Almighty God and also congratulate Governor Wike and his Deputy Dr. Banigo on their re-election for a second term in office which according to her is well deserved because of the developmental strides of the Wike led Government.