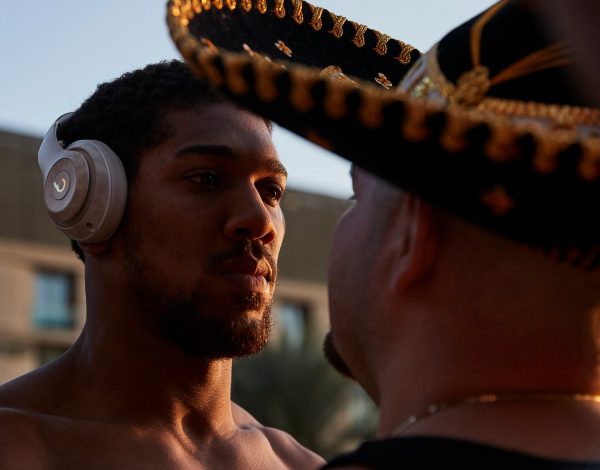 George Foreman said Andy Ruiz Jr. has “blown it’’ after weighing in at a staggering 283 pounds for Ruiz’s rematch against Anthony Joshua. And the Hall of Fame ex-heavyweight champion believes that Joshua, who is weighing 237 pounds, should be able to whip Ruiz without any problem,’’.

“Just box him, box him. Take him into deep water, keep boxing him. And he should win a 12-round decision,’’ Foreman said.

Ruiz fought at a flabby 268 pounds June 1 at Madison Square Garden when he scored a shocking, TKO victory over the previously undefeated Joshua.

The rematch will take place Saturday in Riyadh, Saudi Arabia, with the 6-foot Ruiz expected to climb into the ring about 45 pounds heavier than the 6-foot-6 Joshua, who weighed in at 237 pounds.

“He’s blown it, really,’’ Foreman told USA TODAY Sports of Ruiz. “He’s blown his opportunity. He threw away a great opportunity really because now he can be outboxed. …

“Guys will tell you, ‘This is the way I look. I told you I’ve been there and I feel better at this weight and everything.’ But nobody, absolutely no one, wants to put their body on display and look that much out of shape. They don’t want to do it, I’m telling you. Don’t let him trick you.’’

Ruiz wore a T-shirt to the weigh-in Friday. The first Mexican heavyweight champion also told reporters that one reason he weighed more than expected is he was wearing a sombrero.

Foreman said he thinks Ruiz is the victim of “celebrity bombardment.’’

“You are a celebrity and everybody wants you to taste some food,’’ Foreman said. “And you think you have enough time, six weeks come up, and you don’t have enough time to get in shape and lose weight (before the fight).

“That’s the trick. You got to lose weight and you can’t fuse them together because most of your training camp will be spent on losing weight and you just won’t be in condition for the fight.

The WBA, IBF and WBO heavyweight championship belts Ruiz won from Joshua will be on the line. Who will be in possession of the belts after Saturday, Foreman said, now hinges only on whether Joshua has recovered from the four knockdowns he suffered in his first fight against Ruiz.

“If he’s had enough time to recover, he should whip Ruiz without any problem,’’ Foreman said.