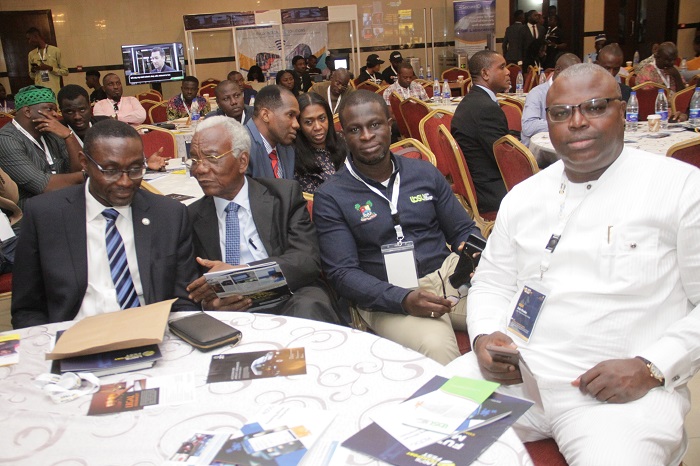 Lagos State Government has called for the collaboration of the Organized Private Sector in the ongoing transport sector reform to fast track its success.

Making the call was the deputy governor of Lagos State, Dr Obafemi Hamzat who stated that the collaboration became necessary so as to achieve efficient transport system that would meet the transport needs of over 20 million Lagosians in an emerging smart city.

Dr Hamzat who was speaking at the Year 2019 Lagos Transport Fest Conference held at the Civic Centre, Victoria Island, Lagos, noted that achieving sustainable transport system has always posed a great challenge in Mega cities around the world, adding that the state government is committed to creating an enabling environment that would attract Private Sector Participation in the ongoing reforms so as to make the vision for a Multi-Modal Transport System easily realizable.

Represented by the Commissioner for Transportation, Dr Frederic Oladeinde, the Deputy Governor commended the organizers of the event for their concerns and positive thinking towards a new Lagos with an improved transport system that will meet the international best practice.

Speaking under the Theme : Sustainable and Equitable Transport; The Role of Government and Private Sector Stakeholders, the deputy governor disclosed the plans of the State Government to make the public transport system more attractive and investors friendly, noting that transportation is an integral part of the nation’s economic growth, hence the need to give it top priority.

Dr Hamzat, while urging people to support the State Government in the ongoing reforms, stated that plans have commenced to improve the public transport system, including the ongoing formulation of the transport policy which he said would continually dictate the goals and objectives of a viable multimodal system.

He disclosed that the Lagos State Government has commenced intelligent transport system to save commuters travel time, adding that, data is required to study travel patterns in order to effectively plan the development of mobility in the nearest future.

Dr Hamzat explained further that the state government has created an open platform for Private investors including countries like Netherlands and China to collaborate with the state government so as to achieve its Multi Modal Transport Policy. He expressed happiness that government effort is already yielding positive result especially with the expression of interest in water and rail transportation by different investors.

Hamzat further stated that traffic management is wearing a new face with Special Task Force approach comprising of the Lagos State Traffic Management Authority (LASTMA), Lagos State Neighborhood Corps (LSNC), Lagos State Task Force and the Nigerian Police Force to ensure safety and security of commuters, adding that the success of the force will endear the citizenry to volunteer and participate freely in the traffic laws enforcement.

The event attracts people from all walks of life especially stakeholders in the transport sector, members of the academic communities, top government functionaries among others.