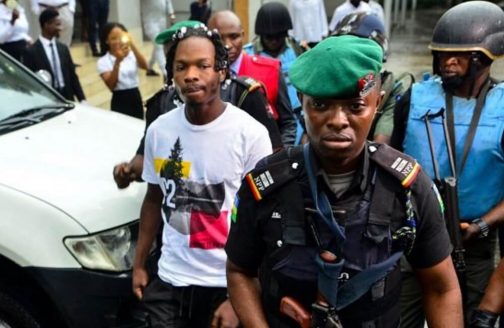 A Federal High Court adjourned Azeez Fashola a.k.a Naira Marley’s case of credit card fraud to another day due to a counsel’s absence.

The case was adjourned till Thursday, December 12, as the defence counsel Mr. Olalejan Ojo (SAN) was not available.

The Economic and Financial Crimes Commission (EFCC) had earlier arraigned Naira before the court on an 11-count charge bordering on credit card fraud. The commission alleged that he committed the offence on different dates; between Nov. 26, 2018 and Dec.11, 2018, as well as May 10, 2019.

The EFCC  also said that he possessed counterfeit credit cards belonging to different people,  with intent to defraud which amounted to theft.

The singer, however, was granted bail in the sum of N2 million with two sureties in like sum.

I am beyond heartbroken, says Onyekwere axed in Tokyo