4 Hours from Iju to Ibadan by train: Journey of comfort and pain 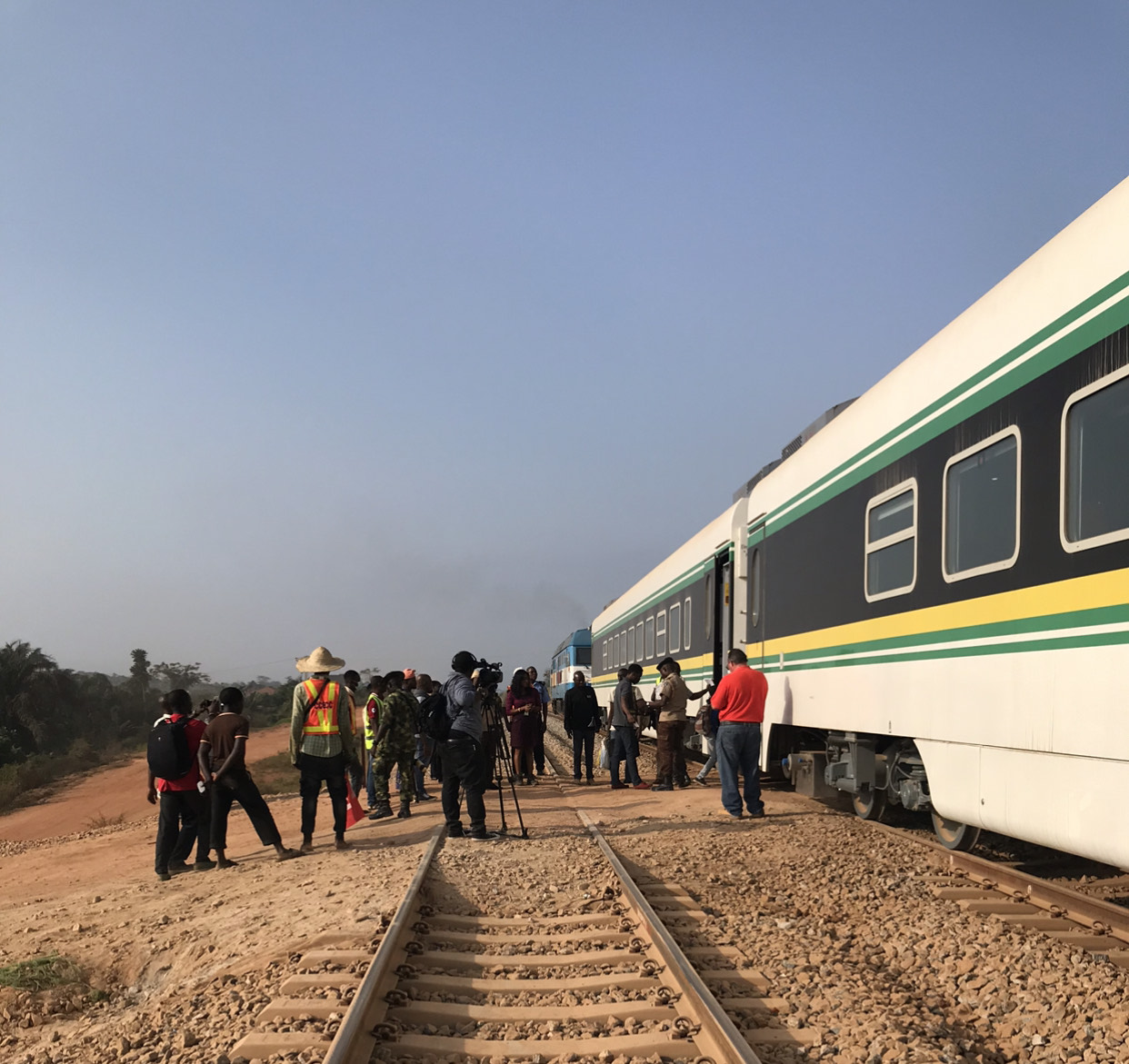 The train station at Ologuneru, Ibadan, is

We arrived at Iju Train Station, on the outskirts of Lagos, a few minutes after noon on Wednesday, December 4 for the free train trip to Ibadan. It was my first time of boarding a train and I was quite excited for the experience the journey promised.

Rotimi Amaechi, the Minister of Transportation announced on 2 December the free train service, part of the test-running, up till March 2020.

Our initial plan, the photographer and I, was to board the train to Ibadan and return to Lagos the same day. But we were told the train goes to Ibadan once a day. On this day, the train from Ibadan had just discharged about 15 passengers.

As scheduled from Monday till Friday, the train departs Ibadan at 9 a.m and returns later in the evening, taking off from Iju at about 4pm.

Since we had more than three hours to ourselves before the commencement of the journey, we used the opportunity to look around. What we found was a station in appalling condition. The building is an old one probably built before Independence in 1960. There was no signpost, nothing to announce it to the intending passenger.

As we waited, we were asked to come for tickets to board the train. A ticket master did a mock issuance of the tickets.

When we finally boarded at 3.45pm, after being frisked by a man holding a Garrett metal detector, we sat beside some officials of NRC, who commended the present administration for giving the Nigerian Railway Corporation a modern face.

The two coaches were air-conditioned, the 48 seats very clean. The journey promised to be a ride in luxury. By 4:00 pm, the train left the station. There were 29 of us on board.

Among us were two soldiers guarding a Chinese engineer, an armed policeman, Man O’ War members, staff of NRC and cleaners.

The train moved on the tracks at 40km per hour. It stopped for 45 minutes at Papalanto in Ogun State. We made another stop for a few passengers in Abeokuta before finally arriving at Ologuneru, Ibadan, at about 8:15pm.

The Ologuneru station is in the outskirt of the city.There were no buses or taxis to take us to the city. But a pickup van was waiting for the officials of the NRC.

We hopped on the back of the van for the journey to Eleyele in the city.

Despite accolades from passengers over the train ride, there are some downsides.

With our experience, I will not advise anyone who wishes to get to Ibadan or Lagos on time to board the train for now, because the journey, either way, lasts between 3 and four hours.

Aside that, one has to get to the station about one or two hours before departure since the train could only accommodate forty-eight passengers; standing inside the train is not allowed.

The NRC explained that the train is slow because it is under a test-run to determine key metrics for operating the train in April 2020.

When completed in 2020, the rail service will have 10 stations between the two cities and the train can make Ibadan in one hour, speeding at 150km per hour.

The stations for the train will be located in Apapa, Agege, Agbado, Iju, Kajola, Papalanto, Omi Adio, Ologuneru, and Moniya.