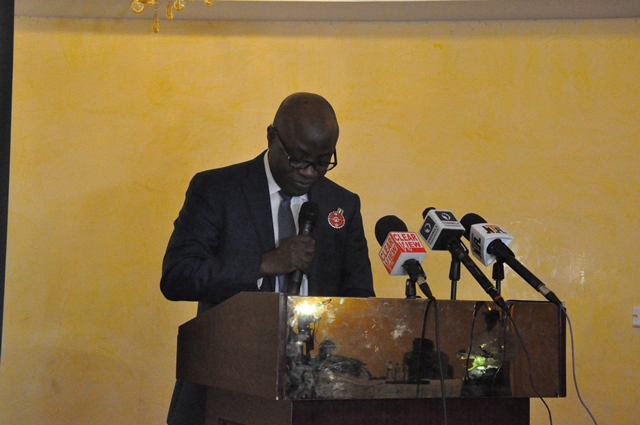 The Nigeria Extractive Industries Transparency Initiative (NEITI), today launched a portal where every Nigerian can search for the owners of Nigeria’s extractive assets, in mining, oil and gas.

The portal, bo.neiti.gov.ng when fully uploaded will reveal the actual owners of 270 licences in the mining sector, and the owners of 61 assets and 56 companies in the oil and gas sector.

The Beneficiary Ownership Register (BOR) is searchable by companies, assets and individual names.

It was put together by NEITI, the Department of Petroleum Resources, the Mining Cadastral Office (MCO) and some development partners.

Mr Waziri Adio, NEITI Executive Secretary said the register was put together as part of the country’s commitment to more transparent and accountable governance of the extractive sector and beyond.

He urged business operators especially in the extractive sector to be more transparent and accountable.

He said that knowing those who own, benefit from and exercise control over extractive assets clearly advances the frontiers of transparency in the extractive sector.

According to him, the beneficiary ownership disclosure can help in reducing corrupt practices and abuse of office in the country.

He expressed optimism that it would also improve government revenue, citizens’ welfare, and national security as well as ensure a level playing field and reducing reputational risks for businesses.

“As historic and significant as having a beneficial ownership register is, it is not the destination, but just a significant milestone on a journey of transparency and accountability.

“We need to stay steady and steadfast on this important journey by continuously improving on the register and ensuring that citizens are sensitised about its importance and how to use it,’’ he said.

The NEITI Executive Secretary added that this could be done by ensuring that enforcement and accountability had the capacity to effectively interrogate and use the register.

He explained that the beneficiary register was not against businesses, adding that it was rather good for businesses, government, civil society groups and individuals.

Adio said that there was no reason for anyone doing legitimate business within the country to be worried about the register.

He said the register could be accessed from anywhere at the touch of a button via internet, without formal application.

“You can find out for free the owners and ownership structures of extractive assets that are in production in Nigeria, these are the assets covered within the scope of NEITI.

“With this free electronic register, you will find the owners of 270 licenses in the mining sector, owners of 61 assets and 56 companies in the oil and gas sector.

“This register will continuously be updated as more information becomes available and will be upgraded for better user interface,’’ he said.

He explained that the register was designed to insulate the country, its citizens and the legitimate businesses operating in the extractive sector from the hazards of corporate anonymity.

Adio said entries in the register were from the beneficiary ownership templates used for NEITI`s industry audit reports over time.

He said that it was a pilot project that was starting from a sector that was historically known for distrust but opened up and still the life wire of the economy.

According to him, starting with the extractive sector has a positive effect that if the country ensures ownership transparency in the sector, other sectors will follow in a short time.

He noted that the campaign for ownership transparency was a global one, adding that BOT was one of the hottest issues around the globe at the moment.

“By the initiative, Nigeria is joining the league of countries with open registers such as the United Kingdom, the Netherlands, Denmark and Ukraine,’’ he said.

He said Nigeria was the only country in Africa, and the America that was in this special league.

Adio also said the register was in line with the present administration`s anti corruption crusade, adding that it aligns with the open treasury portal recently unveiled by President Muhammadu Buhari.

He added that it was also a fulfilment of the commitment Buhari made at the 12th London Anti-Corruption Submit in 2016 and Nigeria`s commitment under the open government partnership.

The event was attended by representatives from the extractive industry, Civil Society Organisations, as well as stakeholders in the Oil and Gas industry.