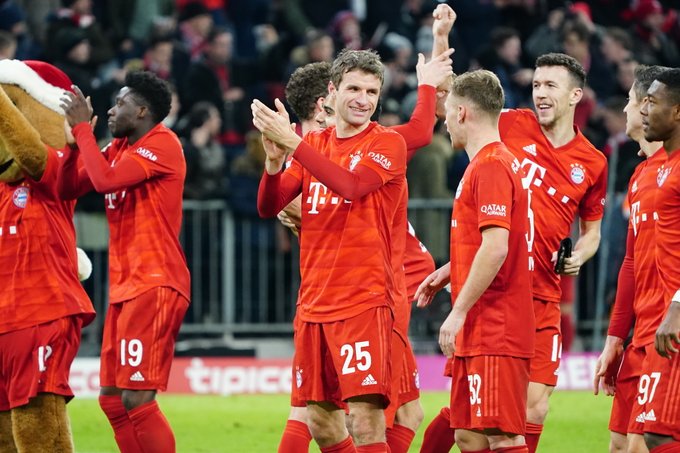 Bayern Munich recovered from a goal down to demolish Werder Bremen 6-1 on Saturday, as they arrested a form slump which had seen them lose their last two league games.

They looked ragged for most of the first half and went behind when Werder Bremen’s Milot Rashica turned a sluggish-looking Jerome Boateng inside out before smashing home from outside the box.

But the Bundesliga champions struck through Philippe Coutinho and Robert Lewandowski on the stroke of half-time to go into the break in the lead and dominated the second-half.

Coutinho sealed a hat-trick and Lewandowski a brace, while Thomas Mueller also chipped in with a goal for them to move from seventh to fourth.

Juergen Klinsmann clinched his first win as Hertha Berlin boss with a 1-0 defeat of Freiburg, while Paderborn and Union Berlin drew 1-1.

Second-placed RB Leipzig are away to struggling Fortuna Dusseldorf later on Saturday.