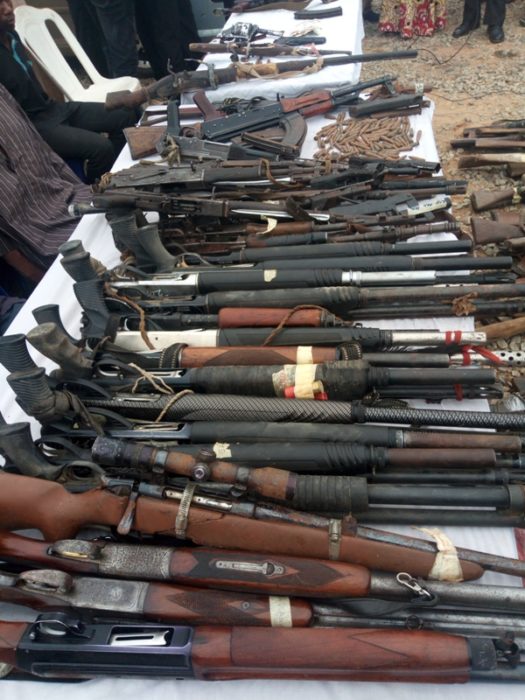 Guns and ammunition recovered from the suspects

“It’s now 318 items turned in, thanks to a last minute drop-off at @up4life,” the police department said, referring to United Playaz, a local violence prevention and youth development organization, after the end of the program.

“The purpose of the gun buyback is to get guns out of people’s homes. We give an opportunity for people who have guns in their homes who don’t know how to get rid of them,” said Timothy Falvey, captain of Southern Station at the San Francisco Police Department, which hosted the event in partnership with United Playaz.

The idea is to reduce crime because sometimes these guns are stolen, he said.

Rudy Corpuz Jr., founder and executive director of United Playaz, said it’s been the seventh year that the program had been conducted to remove guns from streets and prevent people from being killed by “senseless gun violence.”

“Probably over 3,000 guns have been surrendered over the past seven years, and many of them are assault rifles,” he said.

Anyone who turns in a hand gun can get a cash bonus of 100 U.S. dollars and 200 dollars for a semi-automatic weapon, according to the organization.

Corpuz said the gun buyback program in San Francisco is part of a nationwide campaign to prevent gun violence.

Similar events were also held in other Bay Area cities and counties, including Gilroy, Vallejo and San Mateo Country.