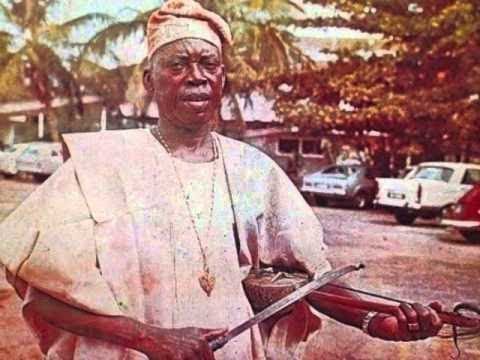 According to Olawale, whose father, the late Olatunji, pioneered Sakara/Apala music, traditional music which are reflection of Nigeria’s culture have been neglected by the youths for foreign music.

Yusuf made this lamentation during the maiden edition of Yusuf Ajao Olatunji Foundation’s end of the year get-together held at Obasanjo Presidential Library, Ogun State.

He appealed to stakeholders in the music industry and Southwest governors to find ways of promoting traditional music among the upcoming artistes.

He added that the Lyrics of traditional music such as Sakara of his late father is embedded and embraced in the Yoruba culture.

Speaking on Yusuf Ajao Olatunde Foundation, (YAO Foundation), Yusuf said the foundation was named after his father as a way of lending a helping hand to the needy, retain his father’s music career and also serve as blue print for other sakara upcoming artistes.

“Although my dad is dead, but his work lives. And in order to keep his legacy rolling, that is why we established this foundation as a way of mentoring sakara music artistes and promote them for better tomorrow.

“We cannot continue to throw away our culture, sense of reasoning for foreign language and culture. We need to go back to the basics which is traditional music. You will agree with me that, many so called Hip Hop music we have around today have no meaning or direct message to inspire the people anymore. They have, in no small measure, contributed to societal ills and moral decadence among our youths nowadays.

“So, we felt, it cannot continue like this, we need to revive the sakara music and appreciate those who have over the years stood with us and assisted us in sustaining my father’s legacy”, he added.