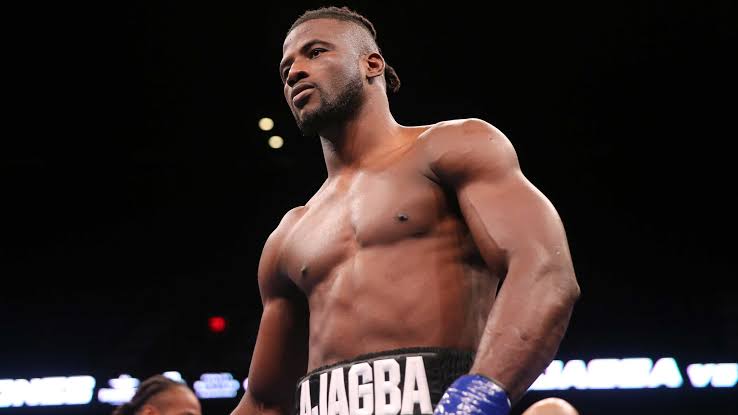 Nigerian Efe Ajagba was the victor Saturday night in the brutal, but highly-entertaining slugfest against underdog Georgian Iago Kiladze.

Both boxers landed multiple bombs during the heavyweight bout in Ontario, California, with 33-year-old Kiladze the first to hit the floor during the second round, reports news.com.au

Ajagba was on top early, staggering Kiladze again in the third round after a series of powerful blows.

However, nobody expected the veteran to recover almost instantaneously, dropping Ajagba ten seconds later with a crunching right jab. It was a stunning comeback from Kiladze, and the crowd went berserk.

Kiladze was stubborn, refusing to back down as Ajagba controlled proceedings in the ring as the fight entered the fourth round.

Despite Kiladze’s impressive resurgence, the Nigerian eventually forced a stoppage in the fifth round. An accurate left jab was followed by a powerful right hook, sending Kiladze to the floor and ending the fight.

Ajagba has flourished during a successful 2019, his professional record now reading 12-0 with ten KO finishes. He continues to prove his worth as one of the most promising emerging heavyweights in world boxing.

In the main event in Ontario, Tony Harrison was eventually overpowered by American Jermell Charlo.

Charlo regained his World Boxing Council super welterweight title after a stoppage was forced in the 11th round.

Harrison had been dropped three times before the eventual conclusion, but that didn’t stop the 29-year-old childishly showboating throughout the bout.